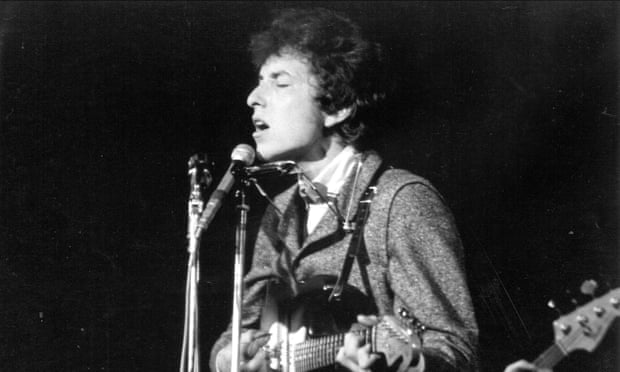 Facts are facts: “Rainy Day Women #12 & 35” remains a horror, and among the examples of malfeasance perpetuated by Forrest Gump in the mid nineties was insisting that this #2 hit is representative of Bob Dylan. Representative of his playfulness? You bet. Of his way with horns? Sure. Of his ability to laugh mid sentence and keep truckin’? Of course. But the results are at best a whirring trifle. Blonde on Blonde has other songs I don’t like. “Pledging My Time” is twelve-bar blues filler. “Sad Eyed Lady of the Lowlands” can’t sustain its eleven-minute length; when I played my Columbia House copy in 1994 I’d fast forward through it. Without Hargus “Pig” Robbins’s piano I find it hard to remember a note of “Temporary Like Achilles.” Looking at what I’d cut reduces the album to my least favorite released between The Times They Are A-Changin’ and New Morning.

Yet! It’s still a doozy. Just when I imagined clickbait-obsessed editors would have to offer pencil shavings and organ grinders on the fiftieth anniversary of its release, Rob Sheffield forced me today to think about the Smokey Robinson influence; the singer-songewriter-producer whom Dylan, perhaps apocryphally, praised as America’s greatest poet is all over the sound of “Just Like a Woman.” Sheffield unearths the lineage between it and “The Tracks of My Tears”; I hear “The Love I Saw in You Was Just a Mirage,” recorded a year later: a lovesick ballad in which Smokey can’t resist leavening his scorn with a melody that conveys his determination to believe in the mirage anyway. His high tenor gives him the mien of a chastened seraph. Straw men who dismiss Dylan’s own melodic facility get fooled by the tug of his vocal, reluctant to leave a syllable unyanked until he can invest it with an ironist’s skepticism and a troubadour’s submission. More than twenty years later, thanks in part to repeated viewings of Annie Hall, “Just Like a Woman” still unnerves me; I’m not sure sometimes Dylan gets away with what I claim he does. To my ears he mastered this venomous admixture on 1974’s Planet Waves and 1975’s Blood on the Tracks. The two most Smokey-drenched tracks, as Sheffield argues, are “”Most Likely You Go Your Way and I’ll Go Mine” and “I Want You,” the latter drunk on couplets, with Al Kooper’s organ the moonshine; the former a lurching beast with a surly guitar line, even angrier when The Band put eight years of experience into it.

But when I remember to play Blonde on Blonde I go to “Stuck Inside of Mobile with the Memphis Blues Again,” a train going round the bend whose passengers include Shakespeare with his pointed shoes and bells, Mona with her sage advice about railroad men drinking your blood like wine, sociopathic Grandpa buried in the rocks after shooting up Main Street, and other products of Dylan’s addled brain, reeling from wine and rocks and god knows what else. With Ken Buttrey’s assured fills and more chirping Kooper organ, “Stuck Inside…” is Dylan’s happiest song; the song is in the middle of discovering itself, of sorting itself out. As gruesome as despair is to sustain, joy is hardest.