Tom Breihan’s typically sharp work appraising “This Used to Be My Playground” addressed what John Lennon called the craftsmanship approach to songwriting: a piece written to order, the putative result when deadlines outpace inspiration. Horse feathers. Like Bowie, she worked best driving like a demon from station to station. Madonna and Patrick Leonard wrote “Live to Tell.” Her most forgotten #1 has an evocative title almost at home in its host. Shep Pettibone may not have written ballads up to this point, but Madonna had (perhaps a third co-writer has gone uncredited the way Anthony Shimkin did for years after Erotica). Madonna had sung them too. Note the way this pro went from belting the first half of the following line before settling for a wistful, haunted second half: “Don’t ask them why because life is short.”

I present my favorite Madonna ballads. Long ago I posited “Crazy For You” as the prom ballad par excellence because proms rarely pair couples who belong together for as long as their hearts beat for each other. Proms are battlegrounds strewn with corpses. Dressed in tulle and silk, suffused with two decades of girl group tropes, “Crazy For You” is not what it sounds like. I get the sense that the speaker watches these “strangers making the most of the dark” as someone who would rather stay in the dark. Her crush dances with someone else in rhythm, without guilty feet. They’re not together — “what I’m tryin’ to say” is the lyric, all tentativeness. Spotting her would-be lover through the smoky air, she has to quash her intensity; Madonna sings as if punching a pillow. Hence why “Crazy For You” codes as a queer ballad. For a performer whose image demands public prostration and a spotlight of undying luminosity, she has sung and co-written songs like “Gone” and Ray of Light‘s “Swim” in which she wants to disappear.

I might’ve included “The Look of Love,” a top ten in England and Europe in the fall of 1987; as much as it depends on Patrick Leonard’s recognizably “Live to Tell” keyboard patches and effects, she sounds affecting and unmannered, particularly when she imbues “And all the books I’ve read, and the things I know/Never taught me to laugh, never taught to let go,” which presages Ray of Light’s ruminative moments by a decade.

As Drive My Car approached its third hour, I banished the thought of a conventional review. The second of Ryusuke Hamaguchi’s two 2022 films juggles characters and tones. It’s an exciting movie. I understand the enthusiasm.

1. A startling thing happened fifteen minutes before the end credits of Drive My Car: characters in masks appear in a store. Because most films screened in the last eighteen months were made before the pandemic, to watch one in which our lived reality unfolds without comment or calling special attention to itself is a tonic.

2. Like the South Korean film Burning (2018), Drive My Car treats a Haruki Murakami short story as an idea scratched on a cocktail napkin whose freshness startles more fecund imaginations. Stage actor Kafuku (Hidetoshi Nishijima), directing a multilingual production of Uncle Vanya, gets coerced by the theater company into having Misaki (Tōko Miura) chauffeur him around Hiroshima (an artist once “ran over” somebody, his dutiful minders say). A taciturn fellow who conserves his energy for finessing his cast, Kafuku has endured first the death of his child followed by his wife Oto, a screenwriter whose best ideas, well, came during orgasm (Kafuku listens to her recordings in his sleek tomato-colored Saab 900). “She’d grasp the end of a story at orgasm and spin it,” Kafuku remarks.

3. This is a terrible idea. Only a man would think this conceit attractive or workable.

5. Yasujiro Ozu comes up often whenever a Japanese director essays domestic drama. I see little of Ozu’s stylized, fundamentally ironic depictions of men and women for whom a smile functions as signifier of pleasure, a bulwark, and a rapier; Hamaguchi is closer to Naruse, less formally memorable and whose actors give more recognizably “Western” performances. But Hamaguchi is his own man. Asako I & II, Wheel of Fortune and Fantasy, and Drive My Car don’t move or look like other contemporary films.

6. What is it about Uncle Vanya that draws filmmakers? In 1994, Louis Malle directed Vanya on 42nd Street, in which actors puttering before a dress rehearsal of Anton Chekhov’s play suddenly before our eyes don’t transform into their characters so much as ease into them as one does a pair of slippers. Takatsuki (Masaki Okada), the young actor cast as the title character, admits the role is beyond him, which is the point: Kafuku wants him to find the comic bitterness within himself where none exists. A scene from the play rehearsed in a park, the trees filtering the greenish-yellow autumn light, is the film’s most indelible.

7. Park Yurim, using Korean Sign Language to play Chekhov’s Sonya, demonstrates how letting a good director work (Kafuku as much as Hamaguchi) with a putative disability can result in something compelling and new.

8. Why he cast Takatsuki becomes clear when Kafuku, exerting a control over his art like he can’t over his life, alludes to Oto’s numerous infidelities as a way of pricking Takatsuki about his own dalliance with her (Kafuku had walked in on them making love in the movie’s first third). Hamaguchi’s straightforward and relentless narrative drive — he thought flashbacks unnecessary — keeps these developments from shocking audiences. By isolating Kafuku in closeup and filming those repeated sequences of the Saab in motion, Hamaguchi encourages us to merge with Kafuku. We know what is going on; we want to see if his hat trick will succeed.

9. Too often regarded as interstitial, car sequences and scenes are a film’s most fast-forwardable. Not in Drive My Car. Besides looking bleakly beautiful in long shot as it speeds up Hiroshima streets and its rural landscapes, the Saab is Kafuku’s confessional, conference room, and cocoon.

10. Watari offers confessions of her own after what Kafuku regards as his humiliation fades. In Hamaguchi films, the theatricality of the monologues is intentional. In the last act — Drive My Car is a film about and infused with theatre — a gesture of forgiveness after decades of chewed-over hurt takes place. No sense of “closure” in all its psychobabble forms either.

11. That said, that same act is at least fifteen minutes too long. As the film switches from Kafuku/Takatsuki to Kafuku/Misaki, Hamaguchi loses trust in the audience’s grasping of subtlety. Too much is revealed. A lovely symbol of newfound solidarity — a two-shot of Kafuku and Misaki holding their cigarettes over the dashboard — comes close to a salvage job.

12. Wheel of Fortune and Fantasy, released earlier this year, strikes me as the better film if I had to choose, and I won’t. Why is Drive My Car the consensus favorite? Recency? A critic’s instinctive appreciation for art that comments on the creation of art? Cool car envy?

Well do I remember as a child a local news clip whose chyron blazed CANCER: THE DISEASE NO ONE TALKS ABOUT. Boy, have we progressed. Were breast and colon cancer, say, as unmentionable as herpes? 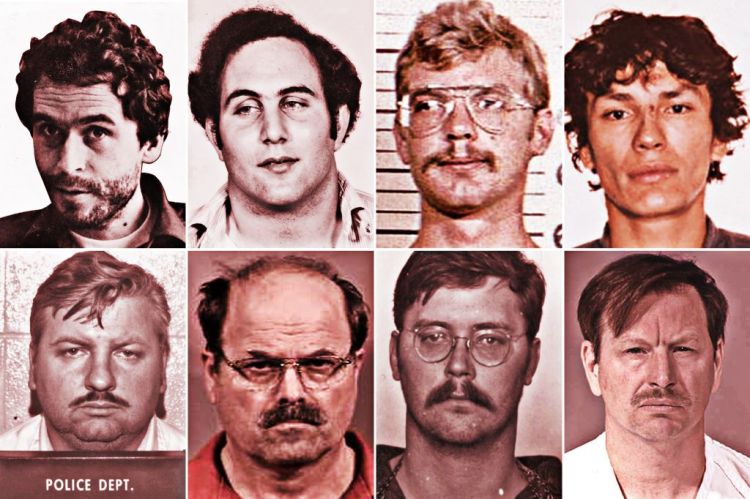 Thanks to the combination of basic Minimoog keyboards arranged like dominoes at a table and the Dictaphone vocal stylings of Phil Oakey, the Human League’s “Seconds” is just about the best track about the death of JFK. The moment after the sampled gunshot when Oakey sings, “Your mouth was white as your fingers curled” almost beats Oliver Stone’s restaging for pathos. The English were good at this shit in the early eighties. While inventing gating drums, “Intruder” gave Peter Gabriel the chance to exercise the Method chops he had to fake in Genesis wearing flower costumes; on the same album “Family Snapshot” anticipated “Seconds” but added Freudian mommy bullshit. END_OF_DOCUMENT_TOKEN_TO_BE_REPLACED 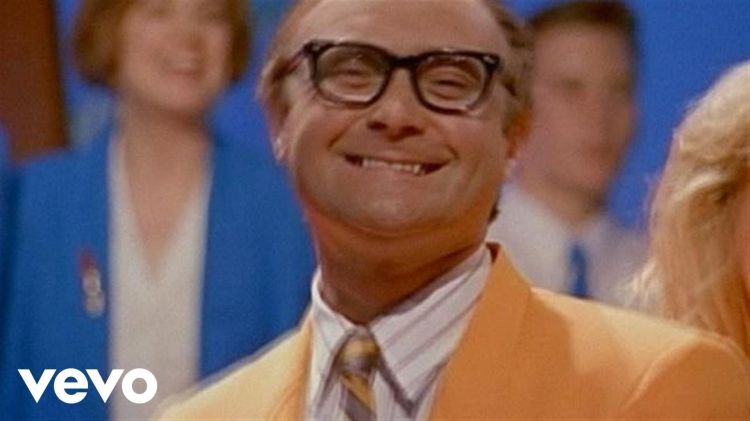 To study this list is to gape at the number of boomer who had no idea the next shot was the last shot. The Stones, George Harrison, and even AC/DC with a decent AC/DC track no one remembers earned heavy MTV rotation for their final chart efforts, and the boomer-adjacent drummer-singer who turned into MTV and VH-1’s biggest star showed no signs of stopping, though “Hang in Long Enough” broke Phil Collins’ top ten streak solo and with Genesis since 1994; no one thought the execrable, obvious, and stupid televangelist sendup recorded three years too late represented the end either. END_OF_DOCUMENT_TOKEN_TO_BE_REPLACED

When Abel Tesfaye lapses into his conception of an English accent on “Gasoline,” ignore the reflex to mock. Silly and ear-pricking, bad English accents have served as channels through which dance performers have absorbed the legacy of a generation of UK mopesters and miserabilists. The Human League’s Phil Oakey is the lodestar, especially for freestyle artists. Minneapolis–St. Paul techno act Information Society genuflected first in 1985’s club hit “Running.” Noel, a Puerto Rican in New York, evoked Oakey’s air of sad robot love on 1987’s intense “Silent Morning.” END_OF_DOCUMENT_TOKEN_TO_BE_REPLACED

Add your voice to the sound of the crowd. 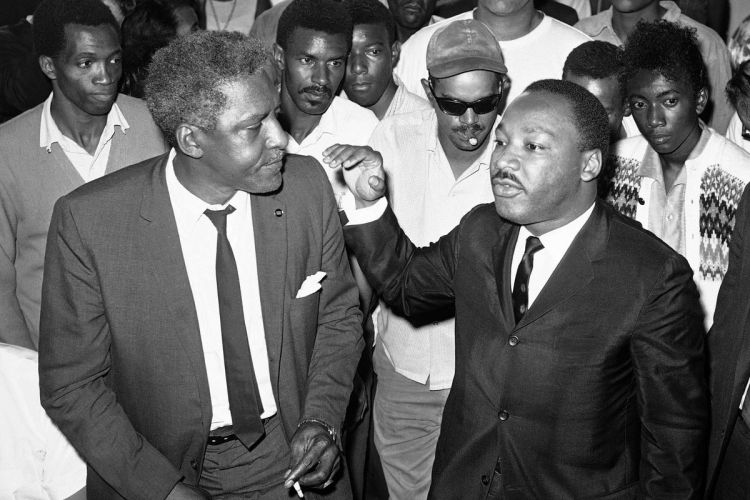 Americans, I’ve said, have a boundless appetite for turning useful fictions into myths; among those myths is a confusion, often naïve, between equality and freedom, or, worse, between equality and access. The Fourteenth Amendment prohibits the denial of life, liberty, or property without due process of law; the Supreme Court guts the Voting Rights Act’s preclearance clause, vitiating the federal government’s ability to oversee changes. A Democratic majority in the Senate claims to represent the will of their constituents; a Democratic minority wants to protect an institutional gewgaw designed to secure the prerogatives of Southern states. END_OF_DOCUMENT_TOKEN_TO_BE_REPLACED 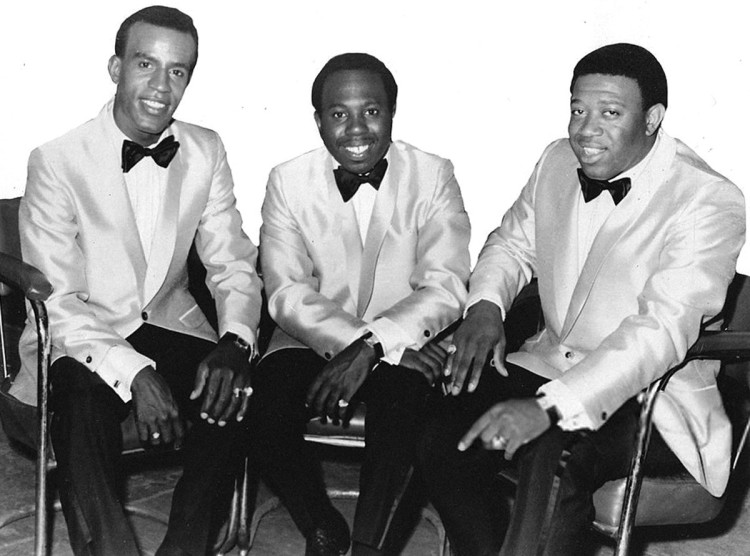 On the eve of a federal holiday resisted by politicians now regarded as bulwarks against modern conservatism, “This is My Country” is too on-the-nose for a manifesto doubling as lament; for MSNBC viewers Curtis Mayfield’s sweet slow insistence will have the same resonance as, say, a Chris Hayes monologue; yet the buttery assurance of the vocals work like honey covering a poison dart and a horn section whose ebullience doesn’t hide its impatience because why bother distinguishing. That John Oates borrowed his approach is the most venal of sins. END_OF_DOCUMENT_TOKEN_TO_BE_REPLACED

The Singles Jukebox returns for its first full week of 2022 with a slew of — well, a slew of okay tracks. Nigerian singer Tems’ “Crazy Tings” stands out amid fair to middling sound BBC Sound of…selections.
END_OF_DOCUMENT_TOKEN_TO_BE_REPLACED

Crowdsourcing works for bloggers too. Readers, can you point me to articles or books about French youth in the late ’70s and early ’80s? How prevalent were UK punk notions with youth culture, and, more importantly, did punk as UK bands understood it happen in big cities? These questions matter when assessing Diva (1981), the late Jean-Jacques Beineix’s cinematic re-imagining of Paris as a disco 12″ sleeve: nighttime as the right time, sparely colored with splashes of pastel neon; a Black woman as object of mystery for an opera-damaged pasty white boy; an atmosphere of menace as fleeing as a record’s end groove. When boys’ passions are at stake, everything is. As silly as a dance floor move, Diva still ranks among the era’s most sumptuous and delightful experiences (Zhang Yimou must have studied its use of color). END_OF_DOCUMENT_TOKEN_TO_BE_REPLACED