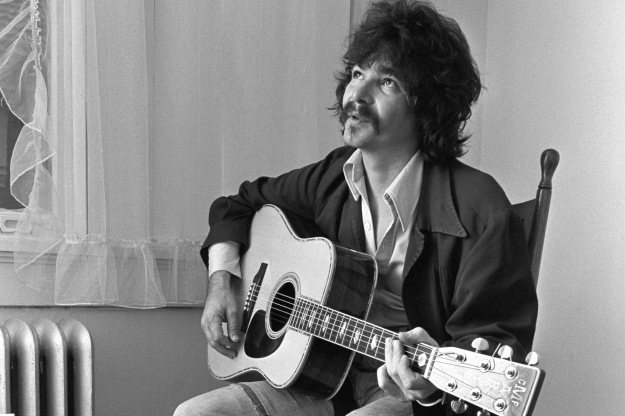 “When I woke up this mornin’/Things were lookin’ bad,” he sang on the first song on his eponymous debut album in 1972 over basic chords. Many songwriters would’ve stopped right there. In the next line, however, comes the kicker: a bowl of oatmeal tries to stare him down — and wins! To be a successful absurdist is to observe a monotheistic faith in precision. On John Prine (1971), the late singer-songwriter got away with zingers less talented artists would’ve pulled their eyeballs out for, couched in melodies as homespun and casual as the prose Prine chiseled as accompaniment. Who else besides perhaps Loudon Wainwright III in the seventies would’ve summed up the depredations into which a heroin addict had sunk with the line, “There’s a hole in Daddy’s arm where all the money goes” in “Sam Stone”? Perfection and inevitability are synonymous — among songwriters Prine made it so. END_OF_DOCUMENT_TOKEN_TO_BE_REPLACED 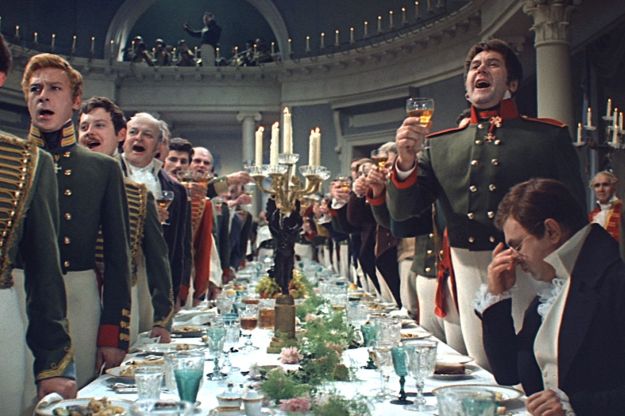 The rains have come. Twenty days of continuous sunshine disappeared behind a film of grey, a pattern familiar to Floridians in June. For the first time since traveling the second week of March, I can’t sit on the terrace and peck at these submissions. I’m glad it happened now; a day earlier, what with answering two dozen emails and grading and recording a lecture, would’ve killed me to work indoors. Maybe the rains aren’t local; maybe it’ll rain at Florida beaches open because of the intransigence of a lickspittle governor. More on that later. END_OF_DOCUMENT_TOKEN_TO_BE_REPLACED 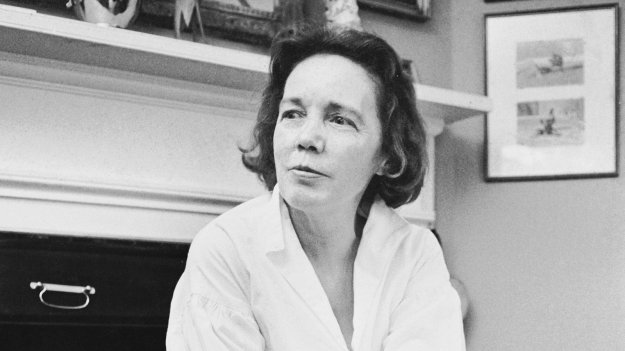 Insensate to music whose demands on this listener went no further than guaranteeing deepening impatience in car service waiting areas, I’ve turned to Kenny Rogers in the last forty-eight hours with the fervor the late country idol channeled into his Dolly Parton duet. Spring in South Florida means watching scolds of jays compete with mockingbirds for telephone wire bragging rights; the chaos of trills and screeches interferes with my hamhanded attempt to record my first class lecture, but otherwise I’m grateful for the reminder that, as Sting once averred, there is a deeper world than this.

END_OF_DOCUMENT_TOKEN_TO_BE_REPLACED 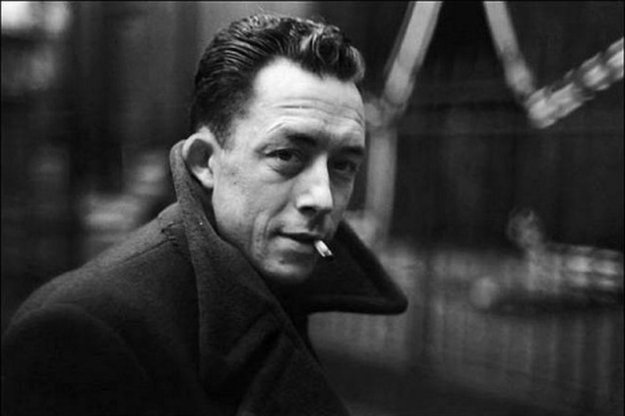 Many of these titles are familiar to AP students (The Plague) and students who took college courses on the Continental novel (Death in Venice). Others I wish were better known. Katherine Ann Porter, a short story writer not cited much these days, wrote a long short story or short novel — you decide — called Pale Horse, Pale Rider about alter ego Miranda and her betrothed dealing with the ravages of the 1918 Spanish flu pandemic. A hilarious modern novel about self-imposed isolation, My Year of Rest and Relaxation already looks like a classic.

Refusing A Journal of the Plague Year seemed mad, despite its claims of historical accuracy; memoirists make the best novelists. END_OF_DOCUMENT_TOKEN_TO_BE_REPLACED 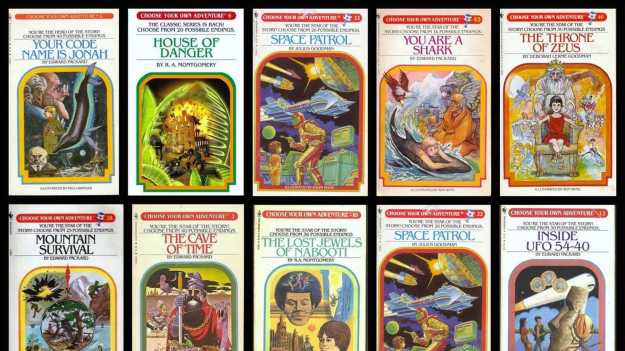 “The Forbidden Castle,” I said. On the sleeve a blond androgyne in an 1982 idea of what a medieval pauper wore. A bearded king. YOU’RE THE STAR OF THE STORY, I read atop. CHOOSE FROM 27 POSSIBLE ENDINGS. The B. Dalton books in Dadeland Mall had a shelful of these white half-foot-long paperbacks. I became enough of an addict for Santa to leave another five under the Christmas tree a month later. END_OF_DOCUMENT_TOKEN_TO_BE_REPLACED 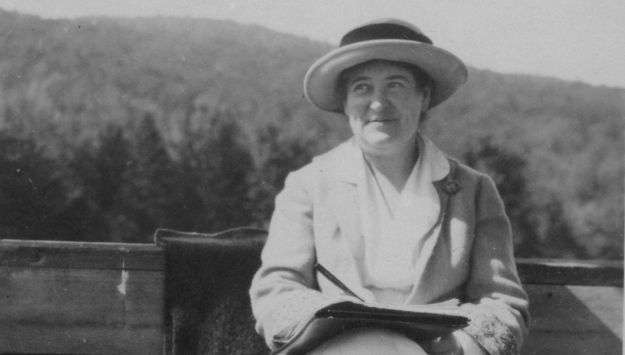 In his newsletter (available by subscription, sorry), Robert Christgau shares a lovely few paragraphs on rereading My Antonia and Willa Cather’s canonicity:

You may think it’s a stretch to put her up against the early-modernist triumvirate for the simple reason that she wasn’t a modernist at all. But it’s always a distortion to gauge an artist on an imaginary progress meter, like assuming the Drive-By Truckers aren’t as deep as Radiohead because their model owes Lynyrd Skynyrd and John Prine, and I say Cather belongs in the triumvirate’s league. The subtle eloquence of her plainstyle rendered her prose less striking than any of theirs, and formally she wasn’t all that different from Zola or Edith Wharton. But admiring her novels as much as Hemingway’s or Faulkner’s, Wharton’s or Zola’s, I believe that for 21st-century readers she stands as tall as any such titan.

I admire writers whose specialties sharpen their perceptions about how other arts function and allow comparative leaps to which the gatekeepers of these arts aren’t open; only Christgau would’ve mentioned Prine and Skynrd in a post about Willa Cather. END_OF_DOCUMENT_TOKEN_TO_BE_REPLACED 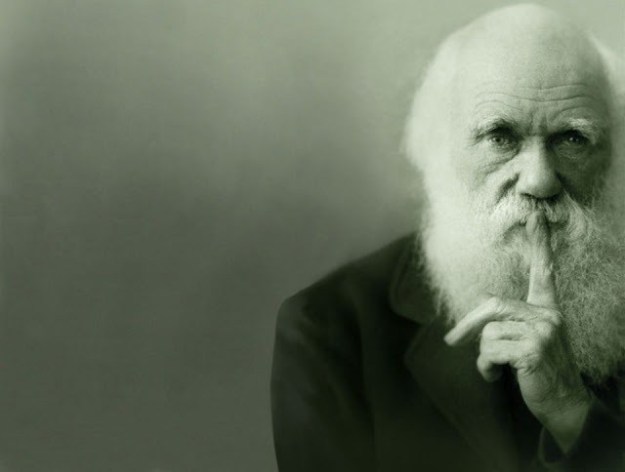 I often take comfort from Marilynne Robinson’s “Darwinism,” published in her collection The Death of Adam. A passage I’ve reread:

The Judeo-Christian ethic of charity derives from the assertion that human beings are made in the image of God, that is, that reverence is owed to human beings simply as such, and also that their misery or neglect or destruction is not, for God, a matter of indifference, or of merely compassionate interest, but is something int eh nature of sacrilege. Granting that the standards of conduct implied by this assertion have rarely been acknowledged, let alone met, a standard is not diminished or discredited by the fact that it is seldom or never realized, and, especially, a religious imperative is not less powerful in its claims on any individual even if the whole world excepting him or her is of one mind in ignoring it and always has been. To be free of God the Creator is to be free of the religious ethic implied in the Genesis narrative of Creation. Charity was the shadow of a gesture toward acknowledging the obligations of human beings to one another, thus conceived. It was a burden under which people never stopped chafing — witness this unfathomably rich country now contriving new means daily to impoverish the poor among us.

A quiet way to begin a new week.