Inspired by Brenda Wineapple’s fine recent study of President Andrew Johnson’s impeachment, Alex Pareene intertwines the similarities between Johnson and Trump’s voting bases, the political establishment’s fetish for moderation, and having the moral clarity to recognize what is at stake by leaving Trump in office for the sake of keeping his attention long enough to sign legislation.

I’ve written often about the snow job that teachers did on us high schoolers when we got to Reconstruction. Presented as a well-intentioned mangling that ushered in the so-called Gilded Age, Reconstruction was taught as if textbook writers had toiled at the bottom of the ocean to avoid dealing with the Voting Rights and Civil Rights Acts passed a century after the Civil War ended; if they endorsed those attempts to redress a hundred years of spilled blood, then a good faith argument required them to credit the Radical Republicans of 1866 and 1867 for wrenching leadership away from the racist demagogue in the White House whom Abraham Lincoln, in an attempt to woo War Democrats, had placed on the ticket a few years earlier.

The Radicals were right about nearly everything, and the moderates—who made a big show of caution and deference to the Constitution and generous accommodation to the office of the president—were plainly wrong. The ones who didn’t even have skin in the game but who wanted representation for those who did were correct to be fanatical in their pursuit of a more perfect country—and, more important, they were right about the baleful and regressive consequences of moderation in the face of extremist and reactionary unreason.

And any actually reasonable observer of American politics over the last several decades would have to conclude that it isn’t the diversity of one party that has led to gridlock. Rather, it’s been the brittle, homogeneous outlook of a conservative party that increasingly counts on a base that is overwhelmingly white and male—but, of course, anyone posing as a moderate interlocutor of good faith can blame their extremism on the diversity of the other side. “Radical liberals made me more racist” is, alas, not a remotely novel claim in American politics. Wineapple writes how, after Johnson angrily declared that “this is a country for white men, and, by God, as long as I am president it shall be a government for white men,” The Chicago Times—a reasonable Republican paper of the time—wrote: “If he used the language attributed to him, it was undoubtedly in reply to fanaticism and impudence.” In other words: The Radical Republicans made him do it.

We’ve heard variations on the last sentence from our Trump-loving relatives: if liberals didn’t push bathroom bills, paper straws, panic over rising seas, and an equitable health care system, I wouldn’t have voted for the racist!

In the last week we’ve heard testimony from career diplomats that in another era would have flipped a couple of querulous Republicans and instead will remind Americans which party cares about the Constitution. I waffled too on the political merits of impeachment; I’m no legislator. If Pareene is chiding Democratic leadership for abjuring its constitutional duties until early October, he’s not wrong, which makes the timing of this essay unusual. 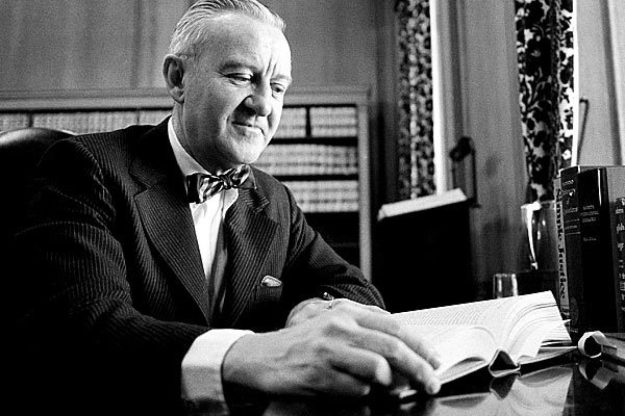 One Republican whom the Reagan White House didn’t hornswoggle was the late John Paul Stevens. In Linda Greenhouse’s obituary, I learned that Stevens understood with his usual alacrity how the Justice Department smothered the promise of the Fourteenth Amendment. Ed Meese he regarded with disdain. END_OF_DOCUMENT_TOKEN_TO_BE_REPLACED

Written during a period of personal tumult, James Baldwin’s If Beale Street Could Talk dared to present a young American black couple in love — unusual in 1974 when colleagues Saul Bellow and John Updike avoided love stories, radical for a novelist watching the collapse of the bipartisan consensus over civil rights legislation and nothing with which to replace it. The black family in the Nixon era was on its own. END_OF_DOCUMENT_TOKEN_TO_BE_REPLACED

My daily reminder that Republicans are the party of white supremacy:

Rep. Ron DeSantis (R-Fla.), a gubernatorial nominee who recently was accused of using racially tinged language, spoke four times at conferences organized by a conservative activist who has said that African Americans owe their freedom to white people and that the country’s “only serious race war” is against whites.

DeSantis, elected to represent north-central Florida in 2012, appeared at the David Horowitz Freedom Center conferences in Palm Beach, Fla., and Charleston, S.C., in 2013, 2015, 2016 and 2017, said Michael Finch, president of the organization. At the group’s annual Restoration Weekend conferences, hundreds of people gather to hear right-wing provocateurs such as Stephen K. Bannon, Milo Yiannopoulos and Sebastian Gorka sound off on multiculturalism, radical Islam, free speech on college campuses and other issues.

“I just want to say what an honor it’s been to be here to speak,” DeSantis said in a ­27-minute speech at the 2015 event in Charleston, a video shows. “David has done such great work and I’ve been an admirer. I’ve been to these conferences in the past but I’ve been a big admirer of an organization that shoots straight, tells the American people the truth and is standing up for the right thing.”

To quote Sam Spade in The Maltese Falcon, DeSantis picked some nice playmates:

Although Andrew Gillum leads in the polls, it’s an insignificant lead statistically. Ron DeSantis needs to lose to show the world that Florida comprises more than white racists and their Hispanic quislings.

American history is disgracefully taught when taught at all, so knowing that Supreme Court jurisprudence isn’t part of an undergraduate curriculum, let alone AP high school curriculum, is no surprise. END_OF_DOCUMENT_TOKEN_TO_BE_REPLACED 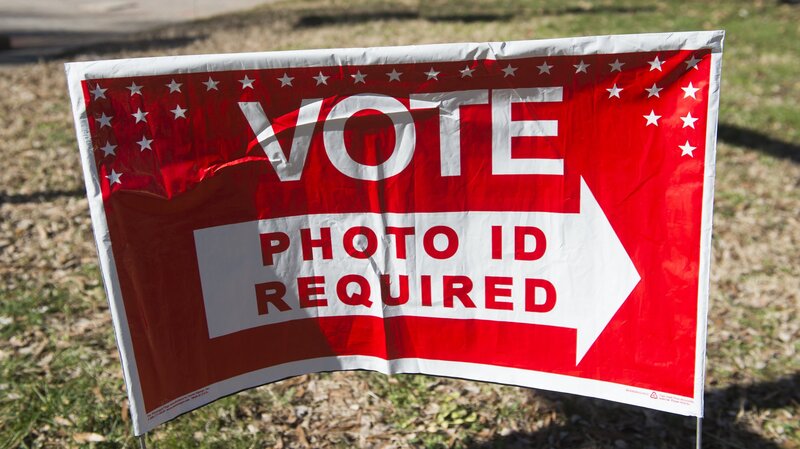 If you don’t like the effect, George Clinton said, don’t produce the cause:

In a bid to aggressively prosecute illegal voting, the Justice Department has sent sweeping subpoenas to 44 counties in North Carolina requesting all of their recent voting records. State election officials say the move will overwhelm their resources and prevent them from preparing for early and absentee voting for the November midterms. And civil rights advocates worry that eligible voters will be intimidated and deterred from voting as the administration amplifies its prosecutions of immigrants it says voted illegally….

…Civil rights groups say the fraud charges and new subpoenas could intimidate eligible voters, particularly immigrants, into staying home in November. They compared the request for the voting records to a June 2017 request by Trump’s now-defunct election integrity commission for sensitive voter data from all 50 states. “They couldn’t get it done that way so now they’re doing it this way,” said Allison Riggs, vice president of the Southern Coalition for Social Justice, a voting rights group based in Durham. “It’s a massive fishing expedition. The scope of it is stunning.”

Coming after a federal court’s decision that there is “insufficient time” before the November midterms to redraw the state’s gerrymandered map, common sense would conclude that the Trump administration and its Justice Department will use its full powers to demolish voter turnout.

Although it hews closely to the expectations of the average Marvel property—secret identities, tortured villains, the scrappy sidekick, a final confrontation between the purported hero and the purported villain—Black Panther is a singular viewing experience. Its Afrofuturist sheen encompasses Grace Jones, Public Enemy, and Kendrick Lamar. It sports a trio of powerful women who save the hero’s ass several times. It explicitly calls out the CIA for poisoning the development of this tortured villain. With the help of editors Michael B. Shawver and Claudia Castello, writer-director Ryan Coogler has created an adaptation of a beloved comic that has the look of a Broadway production but the attitude of a wise-ass Netflix sitcom. My audience was alive to it.