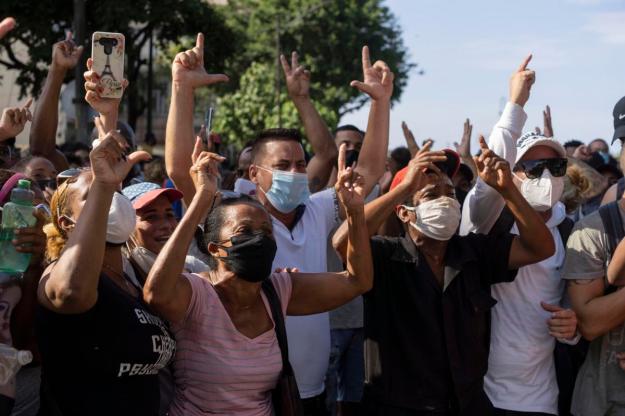 I’m not sure Miami Cubans have grappled with the possibility that many former countrymen protesting the Díaz-Canel regime may want to live under a socialist framework. Try telling this to the throng at the Freedom Tower yesterday afternoon. END_OF_DOCUMENT_TOKEN_TO_BE_REPLACED 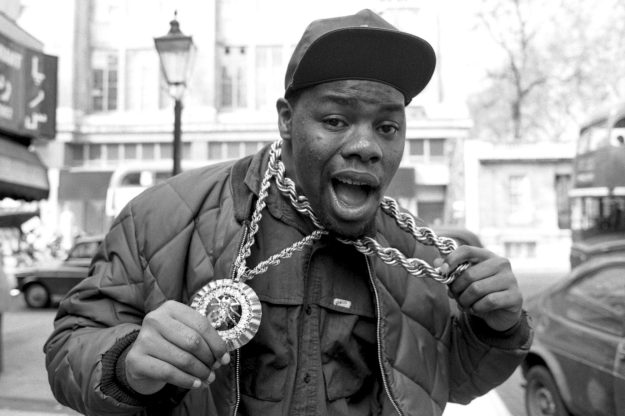 I listened to Vanilla Ice’s third single tonight, at the risk of gangrene. “I Love You” courted bathos. That’s the only mode he knew. In the same year Marcel Theo Hall showed contemporaries how to take a worn scenario — a crush insisting on a platonic relationship — into a terribly sung, beautifully wrapped scenario. Biz Markie’s thick mucous-y tunes bespoke his commitment to the shaggy dog story; not once did he suggest danger. “What Comes Around Goes Around” should’ve followed it into the top ten but didn’t.

Calling him the Crown Prince of Hip-hop condescended to him, as if rock ‘n’ roll, much less hip-hop, required discrete categories. As if rap and rock ‘n’ roll required us to separate the serious from the trivial! 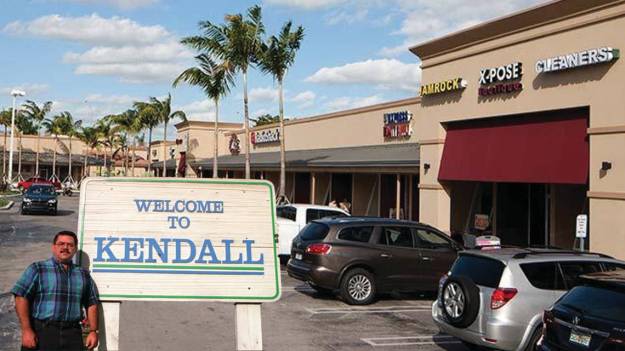 “Between the humidity, the sinkholes, the right-wing Latin Americans, the climate change, Ron DeSantis and the people who vote for him, what exactly is the appeal of Florida?” Eric Loomis asks at Lawyers, Guns & Money about the state with the prettiest name. “I guess it is that old people don’t care about the future and just want to be warm.” END_OF_DOCUMENT_TOKEN_TO_BE_REPLACED 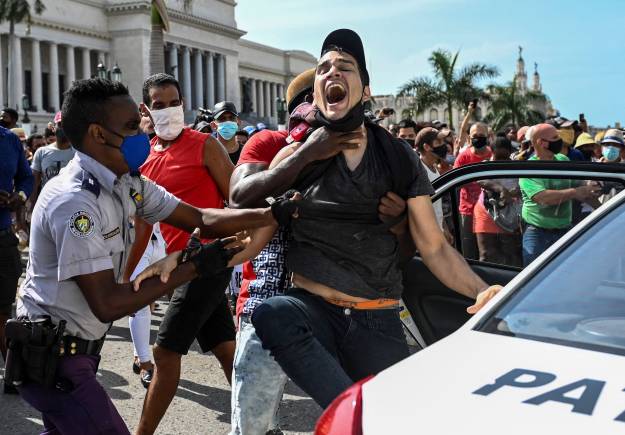 In part because I was away last weekend, I posted nothing about protests in Cuba that inspired mass traffic-blocking rallies in Miami on Tuesday. I also kept my distance because I’ve only begun to sort out my impressions. A few notes: END_OF_DOCUMENT_TOKEN_TO_BE_REPLACED 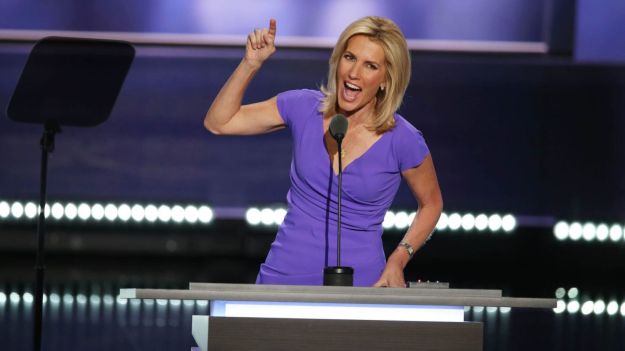 Weak-kneed about ideas of order, I look at my inbox with smugness: nothing, zilch. I save the important ones, delete the rest. Students are another matter. According to a hilarious NYT story, Gen Z ain’t into them. END_OF_DOCUMENT_TOKEN_TO_BE_REPLACED 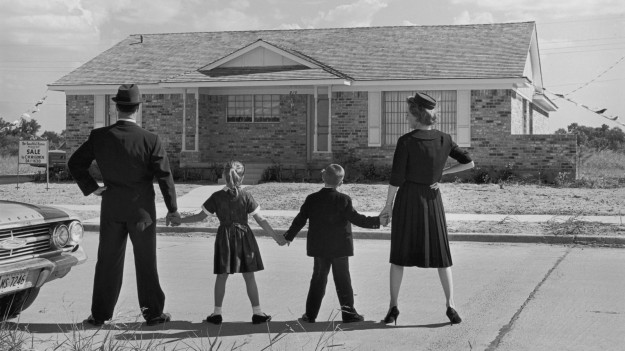 Residents of suburbia and exurbia who live in gated communities and drive trucks and own boats with Blue Lives Matters stickers are most likely to believe America has become Baghdad in 2005, respected pollsters have learned. END_OF_DOCUMENT_TOKEN_TO_BE_REPLACED 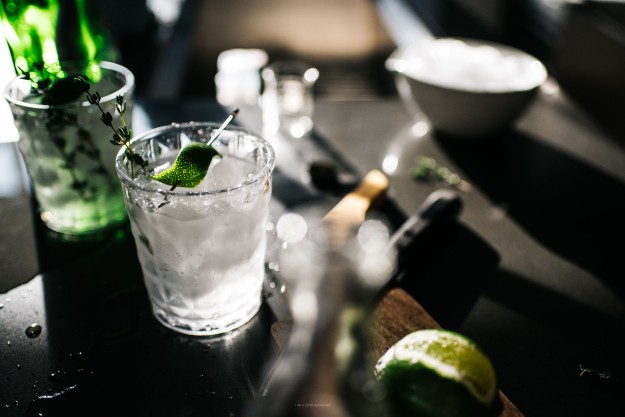 Don’t believe what is whispered in the corridors of power: ten months after turning twenty-one I knew as much about alcohol as I did about college basketball. This vulnerability to suggestion led to a rainy evening at Rainforest Cafe, familiar to parents of children who want to grow up to be lemurs and brontosauri. You can, I suppose, eat at Rainforest Cafe, but I’ve never seen the consumption of food; instead, parents thumb French fry paste and the remains of hamburgers into the faces of their children, who respond to the din and the color and the overwhelming sense of movement like François Truffaut did greeting the aliens in Close Encounters of the Third Kind. END_OF_DOCUMENT_TOKEN_TO_BE_REPLACED 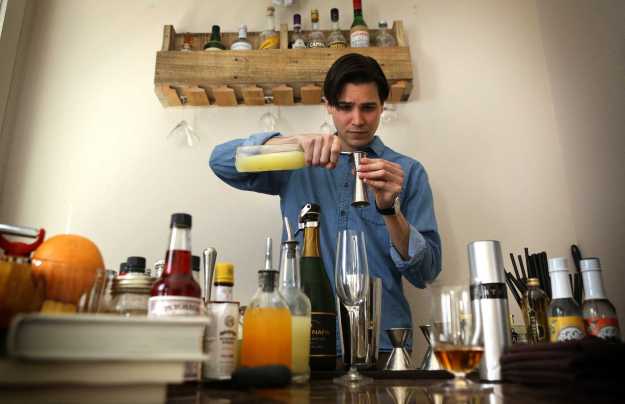 “Thanks to the pandemic, Americans are drinking more and they’re drinking worse,” warns Axios in “America’s Deepening Drinking Habit.” Some of the discoveries:

Given my appreciation of tippling and my bachelor habits, I’m surprised I didn’t feel the temptation to attack the Hendricks before The Price is Right during lockdown. I credit my much more robust obsession with routine and my doling out of pleasure. To mix a gin and tonic and smoke a cig at 11 a.m. is to end the day — what else is there to look forward to? Better to forego the stimulants (yes, yes, depressants) until the late afternoon. Starting a walking regimen that often took me past six miles a day helped too: after the first cocktail and glass of wine and dinner, I’d fight like hell to keep from nodding off.

Still, as the article reminds us, we’re a long way from the Jacksonian Era when everyone from the doddering to children was awash in spirits. Because we lost at least two presidents thanks to contaminated DC water, I don’t blame citizens for guzzling Kentucky’s finest. 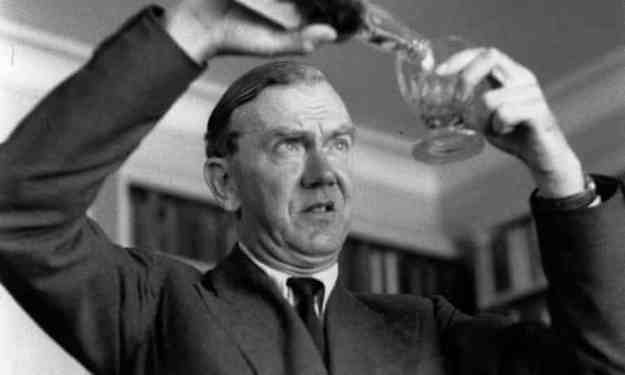 Graham Greene never loitered, intentionally or otherwise. The writer who emerges from Richard Greene’s (no relation) new biography let wanderlust transform him into a polymath, comfortable with writing screenplays and film reviews, amiably distant from his children while committed to a Catholicism he on occasion interrogated. Crisply written if often miserly about analysis, The Unquiet Englishman works best as a travelogue: other cultures interested Greene, and the interactions didn’t result in slobbering encomia to empire.

END_OF_DOCUMENT_TOKEN_TO_BE_REPLACED 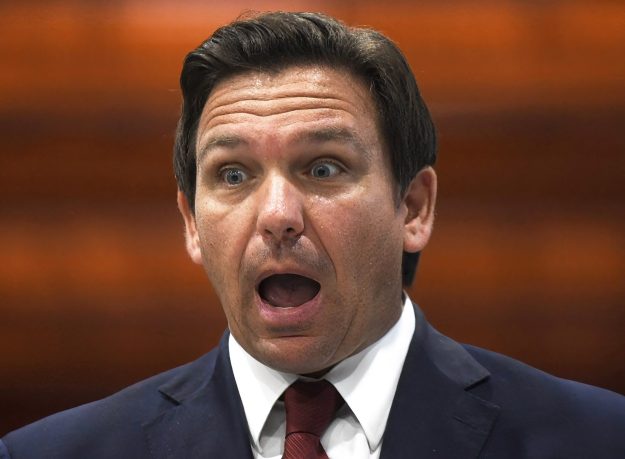 In Florida (the state with the prettiest name!), our governor is so devoted to promoting his presidential platform for 2024 he’ll run roughshod over the most anodyne legislation, for example a bill promoting civics: END_OF_DOCUMENT_TOKEN_TO_BE_REPLACED

Once again, these mandarins and Amity Shlaes value “effectiveness” as the sine qua non of presidential greatness. END_OF_DOCUMENT_TOKEN_TO_BE_REPLACED

Humanizing The Vacuum
Start a Blog at WordPress.com.
Loading Comments...