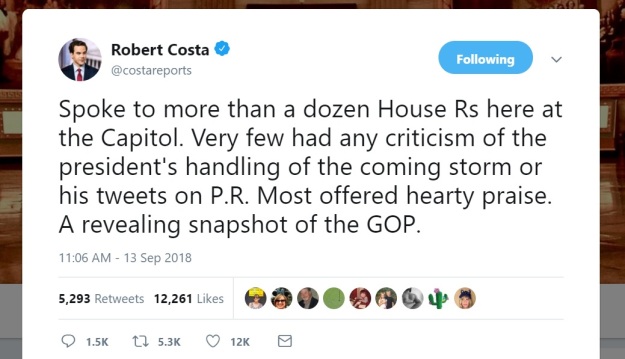 The entire GOP is a sewer. No good ones. Vote them out.

A reminder that Presidents Jeb!, Cruz, Paul, and Plankton would have also “pondered” the following:

After allowing states to impose work requirements for Medicaid enrollees, the Trump administration is now pondering lifetime limits on adults’ access to coverage.

Capping health care benefits — like federal welfare benefits — would be a first for Medicaid, the joint state-and-federal health plan for low-income and disabled Americans.

If approved, the dramatic policy change would recast government-subsidized health coverage as temporary assistance by placing a limit on the number of months adults have access to Medicaid benefits.

The move would continue the Trump administration’s push to inject conservative policies into the Medicaid program through the use of federal waivers, which allow states more flexibility to create policies designed to promote personal and financial responsibility among enrollees.

All it takes is a GOP administration to return us to the halcyon Reagan days when the fortieth president, whose birthday #NeverTrumpers lauded yesterday as if they were Arthur’s knights lamenting the disappearance of their king, warned about welfare queens using food stamps to buy vodka. You are your job. Unless you’re a GOP lobbyist or congressional aide, if you don’t work you’re worthless.

Praising The Job and the Jobholder means abstracting both such that they become plaster saints. Being off the public teat requires no competence at one’s job, as the case of Tiffany Brown proved in feeding hundreds of thousands of starving, storm-exhausted Puerto Ricans:

For this huge task, FEMA tapped Tiffany Brown, an Atlanta entrepreneur with no experience in large-scale disaster relief and at least five canceled government contracts in her past. FEMA awarded her $156 million for the job, and Ms. Brown, who is the sole owner and employee of her company, Tribute Contracting LLC, set out to find some help.

Ms. Brown, who is adept at navigating the federal contracting system, hired a wedding caterer in Atlanta with a staff of 11 to freeze-dry wild mushrooms and rice, chicken and rice, and vegetable soup. She found a nonprofit in Texas that had shipped food aid overseas and domestically, including to a Houston food bank after Hurricane Harvey.

By the time 18.5 million meals were due, Tribute had delivered only 50,000. And FEMA inspectors discovered a problem: The food had been packaged separately from the pouches used to heat them. FEMA’s solicitation required “self-heating meals.”

“Do not ship another meal. Your contract is terminated,” Carolyn Ward, the FEMA contracting officer who handled Tribute’s agreement, wrote to Ms. Brown in an email dated Oct. 19 that Ms. Brown provided to The New York Times. “This is a logistical nightmare.”

Also a logistical nightmare: hiring a person unqualified to boil water, much less run a federal agency, unless serving meatballs and miniature quiches at summer picnics counts. But the Republican governing posture since St. Ronnie of Erewhon presided is to nominate hacks to run agencies they don’t believe in; then, when these agencies fail, the GOP explains why the agency was a waste of tax dollars from the start. Despite President Trump’s stupidity, in many ways it’s 1982 again. 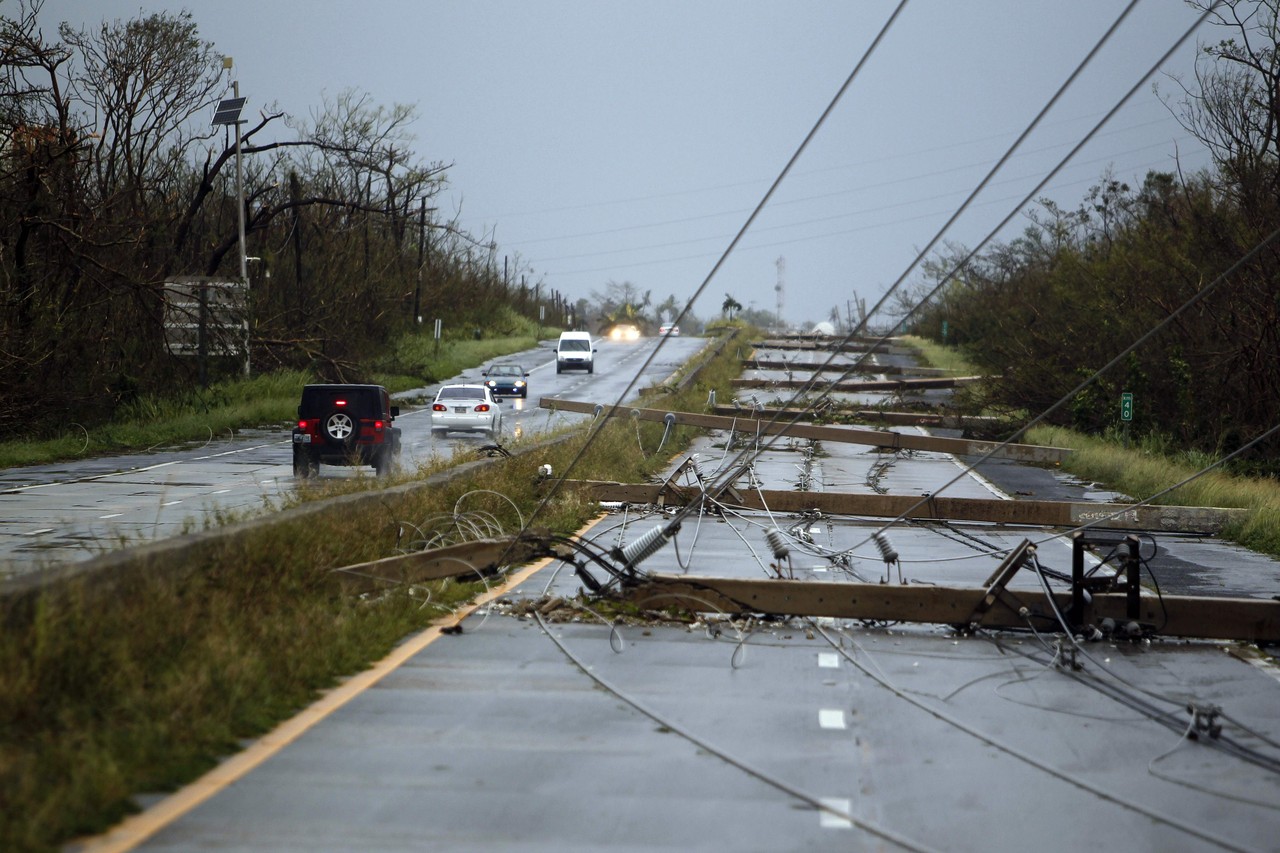 “Puerto Rico” – as homeland, as concept – is personal for Miamians. Thousands of Cubans settled on the island after Fidel seized power, including my great great aunt, a San Juan resident until 1989. I’ve never visited its historical landmarks or beaches. In Javier Morillo’s erudite essay, the writer looks at the U.S. territory’s history: the two Jones Acts, granting Puerto Ricans American citizenship and restricting Puerto Rican ports from receiving any non-American ships in its ports. He uses One Hundred Years of Solitude as the prism through which to view his home’s peculiar limbo: not a sovereign country, whose culture amalgamates Latin America, Africa, and U.S. pop culture.

But reconsiderations must wait. Time stops for no one:

it feels surreal, being a Puerto Rican in the United States these days, seeing images of the devastation of an island I grew up on and that—despite not having lived there for three decades—I still call home. Like so many of the diaspora, even those born here and who never lived on the island, we feel our fates deeply intertwined with it. On the island, debates rage about those who are leaving, calling it quits on Puerto Rico. But for us in the diaspora, #YoNoMeQuito can feel incongruous, unsettling—because we haven’t quit Puerto Rico. We can’t quit. We, too, are Puerto Rico. We feel ourselves part of the volcanic rock, and in its despair we see our own uncertain reality in this country.

It feels surreal, being a Puerto Rican in the United States these days, talking to my mother on her cell phone when she occasionally has a signal. These talks add detail to my understanding of what has become the everyday normal: collecting rainwater to flush toilets and, now that they finally have running water in the house, boiling it for 10 minutes to make sure it is potable. Text exchanges with my sister feel incongruous, unsettling: ultramodern technologies are the vehicles through which I see a disaster that has pushed the island back to an antediluvian past, to the days of washing clothes in the river. “We have electricity now!” “Wait, that electricity we had for a few days is gone again!” Recovery efforts feel hopelessly slow and flawed. A ragtag group of Army vets, self-deployed on the island and looking like they stepped out of Duck Dynasty, decry FEMA’s ineptitude in regular social-media updates. Facebook and Twitter give us glimpses of the reality obscured by official death tolls that remain impossibly low.

Murillo also finds the space to explain how rapacious investors turned the island into a giant hedge fund and, worse, a punching bag for House Speaker Paul Ryan and our buffoon of a president, both of whom voted for or practiced policies, respectively, that led to the collapse.

I couldn’t think of this dialogue even after reading Terry Southern:

Trump passed out yellow bags of rice and then started tossing rolls of towels into the crowd as if he were shooting free-throws. The crowd laughed and cheered him on. When he contemplated doing the same with the cans of chicken, the crowd gently told him no.

The church is also distributing water purification kits, and a member explained the process to the president.

“Really?” Trump said, a disgusted look coming across his face.

“Is this your company or something?” Trump asked the woman, seeming suspicious of the aggressive pitch.

“This is an interesting thing,” Trump said, as he started to hand out the kits. “Try that.”

Almost as flabbergasting as this exchange quoted earlier:

One homeowner told Trump that he lost a couple windows and still hasn’t regained electricity, but he was never worried about his family’s safety.

“We have a good house, thank God,” he told the president.

“That’s fantastic,” Trump said. “Well, we’re going to help you out. Have a good time.”

Have a good time. Warm condolences.