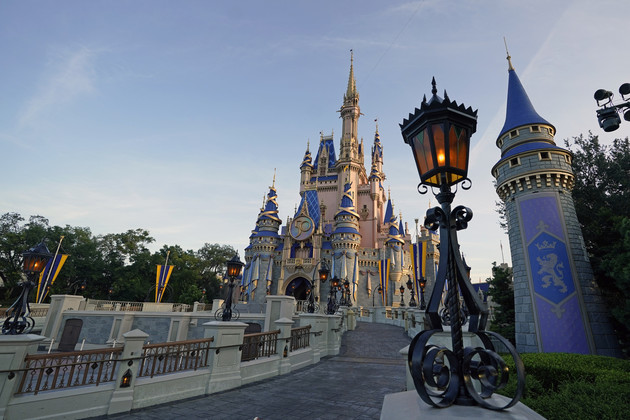 To defend a corporation expert at placing cute mouse ears on nefarious practices like Disney does puts me in a grotesque position, especially since Disney has bought the Florida legislature on both sides for five decades, which means for a while it endorsed the Don’t Say Gay Bill until its immaculately groomed public image took a hit; but Governor Ron DeSantis, intoxicated by the erotic possibilities of viewpoint discrimination, forced the legislature to pass a bill rescinding the privileges that have allowed Disney to run as a sovereign country in the United States since the 1960s, and he had millions of people like me in mind. He has punished Disney for working against his will, sure, but what he wanted was to vaporize gay, lesbian, and transgender citizens. We are “groomers,” accused of training children for homosexual practices. The language will strike students of LGBT history as reminiscent of the Briggs Initiative, voted down in California forty years ago (with the unlikely help of presidential candidate Ronald Reagan) for suggesting gay public school teachers were not-so-secret pedophiles.

Meanwhile Disney will zip-a-dee-doo-dah past the electoral implications. If readers think the corporation will suddenly pour money into Charlie Crist, Annette Taddeo, and Nikki Fried’s gubernatorial campaigns, well, let me mix you a Negroni from my abode in Cinderella Castle.

What with the pulling of math books for purportedly teaching CRT, the Trump-appointed federal judge’s mindless decision about masking in public transportation, and the signing of #DontSayGay and the abortion restriction bills, Florida (the state with the prettiest name!) looks like a country that once would’ve required CIA intervention as a failed Marxist state. As COVID cases rise again, one hopes below surge levels, and corporatism presses us to Move On With Our Lives as consumers not citizens, I return to the response with which I’ve confronted rights but which took me two years to formulate: “I’m a gay man who has never enjoyed a normal sex life thanks to another viral epidemic, fuck you for freaking about something so stupid as wearing a mask for a couple hours.” I’m so tired.

6 thoughts on “Why the attacks on Disney matter”