From the severe (Vitalina Varela) to the joyous (Lovers Rock), these four films kept surprising me. I wish Beanpole had shown up on more lists. At any rate I’m grateful to have survived 2020 to have watched them.

“No casual Pedro Costa fans exist. Those who watch the Portuguese director’s films know they demand much. They can expect a supple use of chiaroscuro that subsumes narrative: Caravaggio as a post-modern. In Colossal Youth (2006) and Horse Money (2014), Costa returns to the fates of Cape Verdean immigrants, products of imperialism and the detritus of capitalism. He’s one of the working directors to love Black bodies without eroticizing or exoticizing them. Severe, even less tethered than its predecessors to the rudiments of a storyline, Vitalina Varela tests the patience but rewards the imagination.”

“In [Kelly] Reichardt’s hybrid of Au Hazard, Baltazar and McCabe and Mrs. Miller set in the Oregon Territory, the ebbing of the beaver trade and unconfirmed whispers about gold prove too fleeting as prospects for Otis “Cookie” Figowitz (John Magaro) and Chinese emigré King-Lu (Orion Lee) cook cakes made in part from its milk. Putting aside, if one can, the fidelity of the production design to a primordial world of pine and mud, First Cow works because Reichardt’s (Certain Women, Meek’s Cutoff) manipulation of silences, eye for depth of field, and attention to homosocial nuances fuse with the script’s fableist underpinnings. This is a story, based on frequent collaborator Jonathan Raymond’s 2004 novel The Half Life, about friendship and food, and it’s Reichardt’s best film.” 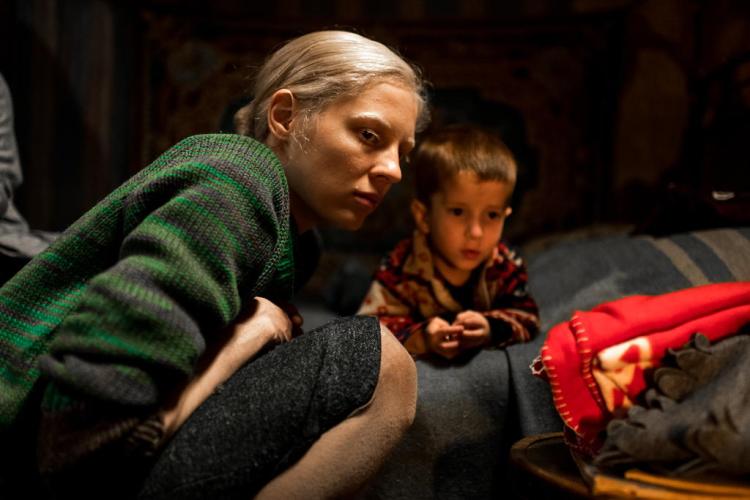 “Grim and unyielding, Beanpole unfurls like few war movies I’ve scene. This Oscar nominee for Best International Film shows how a shellshocked vet of the Battle of Leningrad, Ilya (Viktoria Miroshnichenko), nicknamed Beanpole, adjusts to a civilian life as inchoate, absurd, and full of peril as what she saw in combat. In his second film, Kantemir Balagov (Closeness) proves he knows what he’s doing. Eschewing exposition, replete with long takes in which immersion brings the audience no closer to understanding what happens scene to scene, Beanpole demands patience.”

At least three entries in Steve McQueen’s short film sequence Small Axe surpass anything in the British director’s oeuvre. These glimpses into West Indian life in England during the last three decades of the twentieth century don’t just depict systemic racism in the court system and police form; they illustrate how Black men and women eke out lives doing what they can until they realize the corners they’ve been backed into. Lovers Rock my favorite of the series, relies less on dialogue and “acting” than on music and performance. Taking its cue from Janet Kay’s “Silly Games” played during a kitchen sequence involving goat curry, the film follows Martha (Amarah-Jae St. Aubyn), best friend Patti (Shaniqua Okwok), and others who converge at a house party. Like a crasher delighted to be allowed to stay, McQueen lets the music overwhelm his revelers. “He’s the Greatest Dancer” sounds urgent again, “Kung Fu Fighting” a soundtrack to communal pleasure, the Revolutionaries’ “Kunta Kinte” an impromptu and most welcome anthem. The party isn’t an escape from reality; the party is woven into the reality of these people getting by in Thatcher’s England; dancing is part of their reality, my reality. Finally, Lovers Rock shows how even in the most welcome of spaces women can’t escape being targets. I’m a music critic by trade, so Steve McQueen is my people. He gets it.