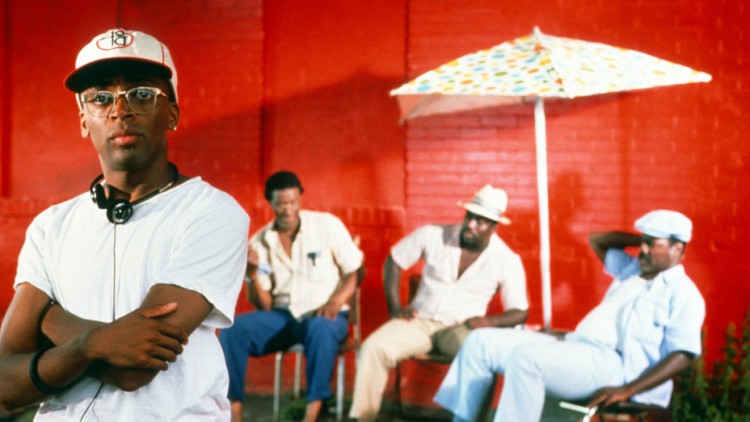 Spike Lee presents me with a conventional obstacle: his most characteristic films often contain his most regrettable material, while on first glance the hack work like Inside Man doesn’t honor him. But the first decade’s work remains astonishing. If anything, Do the Right Thing isn’t “prescient” — it’s fucking NOW, nothing has changed, and on the evidence it’s not gonna. And no matter how didactic and obvious Jungle Fever becomes, Lee’s editing rhythms and shaping of acting beats are his own. Hence, the supremacy of Malcolm X on my list. Remember when Smart People in 1992 actually wondered if Norman Jewison could have directed it? That’s how Lee terrified Hollywood in the Poppy Bush Interzone: they told each other these bedtime stories.

The surprise after a second look after two decades was She’s Gotta Have It; I appreciate his male curiosity about women talking to each other about guys and sex. Speaking of guys and sex, Lee will never admit it, but the way Ernest Dickerson lights Denzel Washington in Mo’ Better Blues you’d think they want to stick their fingers under his undershirts.

I wish I’d written a thousand words on Chi-raq.

Crooklyn
Get on the Bus
Bamboozled
Oldboy
Red Hook Summer

Miracle at St. Anna
She Hates Me