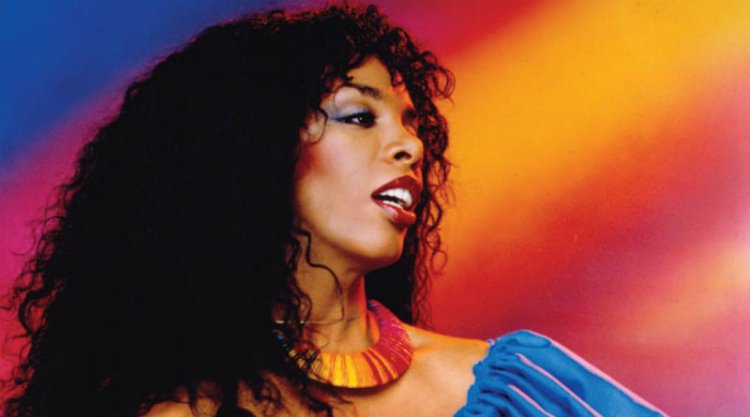 The year when disco went splat had the acts below jiggling in a danse macabre. Credit stagflation, the audience, drugs, and their personal stages, for Talking Heads, Michael Jackson, Marianne Faithfull, Blondie, Van Morrison, and many others went as bonkers as Lindsey Buckingham did on Fleetwood Mac’s Tusk (and he had to ply his bandmates with champagne and caviar). Donna Summer released her third or fourth double album, and, thanks to a pair of indomitable, undeniable #1 singles, the rock-disco fusion essayed on Bad Girls finally won critics over. Did they miss the ballad side? Summer had released at least three albums better than Bad Girls but no matter. Portending a turn in commercial radio as evanescent as the pet rock craze, Get The Knack knocked Summer out of the top spot for its own six-week stay. The album that knocked it out? In Through the Out Door. Followed by The Long Run. The industry plays for keeps, man.

For now, I’ll give the thumbs up to Off The Wall, which boasts enough burps, squeaks, and yelps to satisfy Lene Lovich fans if the mass audience and the Lovich claque had overlapped. Maybe they did: 1979 was like that. It’s not impossible to imagine a Specs Records and Tapes showing off its inaugural “New Wave” section with Get the Knack and Stateless in prominent display.

Let me respond to readers who want me to record new experiences. Familiar with “Lucky Number” and “New Toy,” the guitars lighting lamps in unexplored corners,  the drums taking their cues from Lovich’s exquisite (no other word for the likes of “Telepathy”), I expected a “quirky” New Wave album from Stateless. I got instead a record as surprising as The B-52′s. This is an album I imagine its fans hugging close and loving for the rest of their lives; this is an album deserving a 33 1/3, from which cults emerged.

This may be the last time in these surveys when neither Meh nor The Hague get nominations. Readers will quibble. Elvis Costello and Graham Parker were already squeezing sparks out from increasingly un-fissile stores of revenge. Lived-in, ebullient, and focused like success can do when it hasn’t spoiled you, Pirates is Rickie Lee Jones’ good album, not her fine debut.