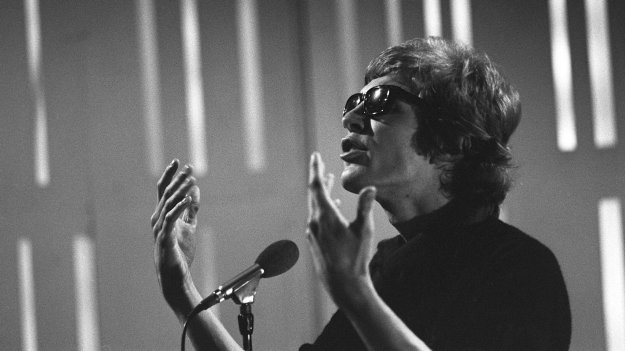 In the last two years, peaking after his death, I’ve explored the late Scott Engel’s discography. Lacunae in my knowledge remain: the string of post-Scott 4 albums (‘Til the Band Comes In, The Moviegoer, the country-tinged We Had It All, etc), Bish Bosch, for example. In a paradox he spent a career embodying, I had to learn to listen to him because for a while he was easy to listen to. The America that embraced the British, Madras-born Engelbert Humperdinck and Tom Jones (Wales) accepted a pair of Yank through-and-through Walker Brothers singles into the top twenty before sentencing followup albums to cutout bins. I found the rigors of Tilt and The Drift more familiar than the Bacharach-David material. To go from gonorrhea and queer lieutenants in “Next” to the rubbing and fusing and the sealing and pivoting of “Bouncer Sees Bouncer” only took thirty years.

Scott 2 grabbed my ear last January. “A radically different concept of the Worried Man from that of Dylan’s, and one possibly more attuned to that period’s other American viewing Britain through lovingly jaded eyes, Patrick McGoohan, the record has little in common with any of the other trends which this year covers – no particular connection with folk-rock, certainly none with what was left of the British beat boom, not much concretely to do with soul music,” Marcello Carlin wrote.