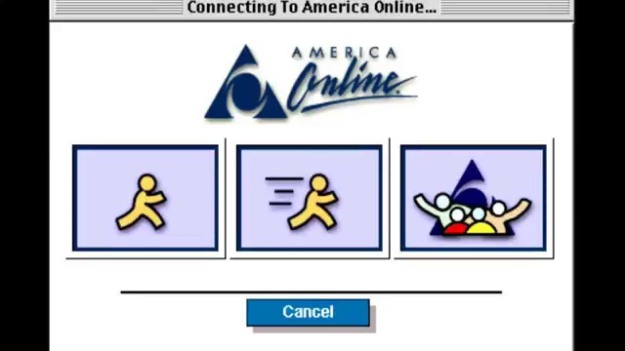 A few minutes after submitting to a request for online sodomy, I saw a buddy had logged into AOL Instant Messenger. The effect of the four beers had waned, but I was feeling bold. We chatted about the evening wed’d shared: the Ruby Tuesdays coworker he didn’t have the nerve to hit on, how badly his feet hurt, the aunt who was still awake and nagging him with the persistence of an insurrectionist. He had to work a double the next day. He hated his life.

“I was going to say something earlier,” I wrote. “I think I’m gay.”

My online hookup meanwhile had sent a message with “?” in the field; I’d accepted his request to smut talk and had abandoned him. I couldn’t have asked for a more striking coming out.

Since breaking up for the second time with a woman in April, the things I’d ignored insisted on recognition after an admirable show of patience. Three years earlier I crushed hard on a guy in my Yeats class: a fellow of modest intelligence who wrote a song called “When I Think of You” that wasn’t a Janet Jackson cover and to whom I’d given Nabokov’s Strong Opinions, a copy I never saw again and have never replaced. The following year in London I admitted in my journal that I was giving my flatmate a second look. Then, back in Miami, I fell in love — at last. It did not go well: after beer and no cake and plenty of ices I had not found the strength to force the moment to its crisis. Yet in June I had actually asked a friend throwing a party if there would be enough single girls. Her eyes locked onto mine for a couple of amused seconds. Yes, she said. She had understood the falseness — the ludicrousness — of my question, and her signal was the barest semaphore.

I’ve written already about what these CD-ROM editions of AOL clumsily glued into Details Magazine had meant to me. The m4m chatroom represented the final earnest kicking open of a chipped door — so long as I kept the literal one closed. “If you were young, gay, male, and still living at home, then your first try at internet sex required negotiating between need and schedules,” I wrote. At the start of this Triassic Period of online hookups, haunted by the fear of a disease that I had done nothing to contract, I created the person I wanted to be but stopped short of calling him a gay man. I hadn’t yet learned that online was “real life”; when I did it was long before the advent of the Apple phone and Twitter.

My buddy with the sore feet acknowledged, implicitly, this state of affairs too. Six weeks of learning the subtleties of chatroom argot (“poz,” “t/b?,” “haf”) had changed my persona. He could yawn about my coming out because there were few left to come out to. Only one friend demurred. Three months later he was feeling me up in his car. Although I can’t argue that online sex was more edifying than a previous generation’s fumbling with strangers in the alleys of adult book stores, I will assert that the minimal danger allowed for a crafting of identity, a process at once leisurely and in haste, for, after all, there were other virtual sex requests to answer. To hurry yet to savor — the essence of the gay experience, our experience.

In a few weeks I was ready to test the theories.