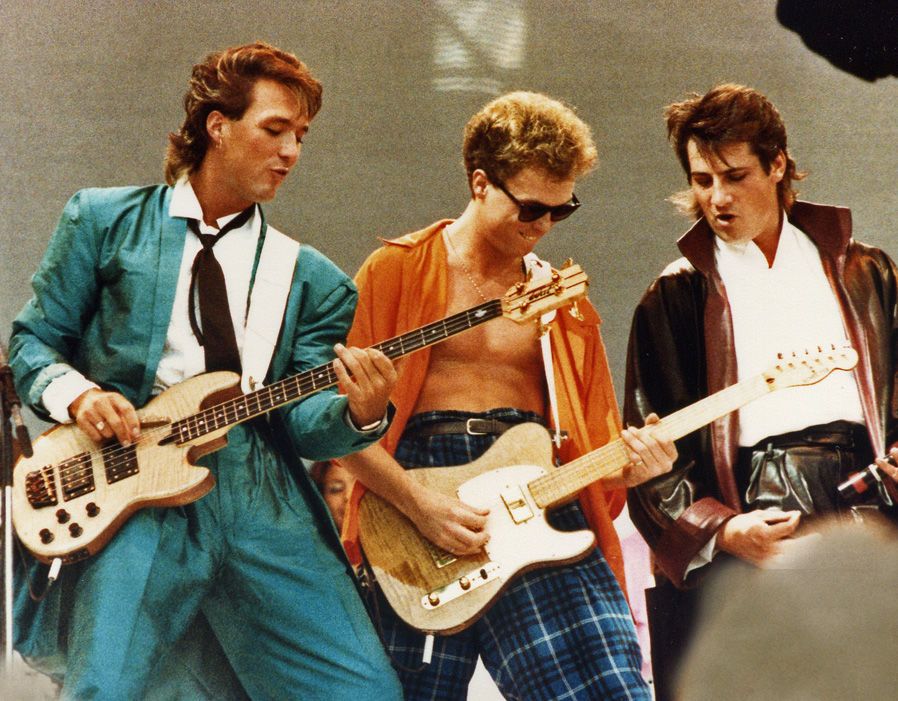 The New Romantic era had no shortage of sartorial eloquence; then there was Spandau Ballet. These by all accounts straight boys dressed as if Sears sold a wardrobe combining Evelyn Waugh’s fashion sense and Sir Francis Drake’s. Their music sounded like it too. Garish, overripe, often functionally illiterate as songs, the Spand’s material encompassed etiolated funk, decent electro funk, post-Avalon balladry, and James Ingram — this much is true. This is a band whose lead singer Tony Hadley injected, “Loving makes the cream taste nice” with the conviction of a cafeteria worker demanding students stand in line.

These ponces were barely adequate as New Romantics, recording the great “To Cut a Long Story Short” and “The Freeze” as if “hamfisted” were a universally desired virtue; they had vaguely fascist homoerotic leanings, as if they hoped Fassbinder would cast them in one of his postwar period pieces. Then they realized Roxy Music recorded an album called Avalon. The result was “True,” home to a few decent tunes that weren’t “True,” which exists for the sake of PM Dawn’s “Set Adrift on Memory Bliss” to sample. They kept it up for one more album before recording a bizarre British equivalent of sophisti-pop heavy metal called Through the Barricades, responsible for the title track, their only successful ballad. Then they disintegrated. Gary and Martin Kemp played murderous glamour boys in The Krays (Gary went on to play Whitney Houston’s unscrupulous manager in The Bodyguard); the rest waited for the inevitable reunion and documentary, although Hadley got a leg up by espousing Tory MP positions about incarceration. Beautiful and clean indeed.

True
Fight For Ourselves

Communication
Through the Barricades
Gold
The Freeze
Chant No. 1 (I Don’t Need This Pressure On)
Instinction

To Cut a Long Story Short
Lifeline
Only When You Leave