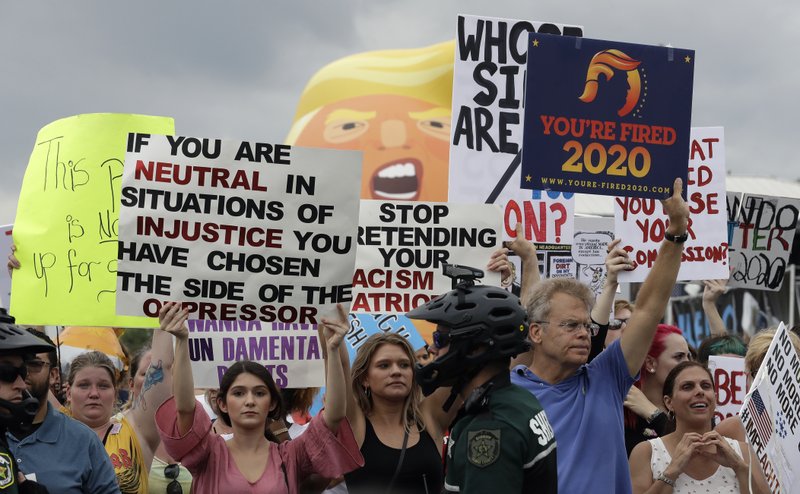 “But the press isn’t hyper-solicitous of the views of black voters,” Jamelle Bouie writes, proving what a tonic he is in a New York Times editorial page that publishes The Venerable Brooks and Bret Stephens. “Cable news doesn’t constantly turn to swing-state focus groups of black Democrats to gauge their opposition to the president. And Democrats in Congress aren’t worried about demobilizing a group that may determine the next election. Just the opposite.” He writes:

Despite their influence, however, anti-Trump voters are practically invisible in recent mainstream political coverage. Instead, the focus is the president’s most fervent supporters, as it has been since 2015, when Trump came down his escalator and announced his campaign for the White House. This past week is a prime example.2020

Many people have called me a wise man, but I’m still not privy to the whisperings in media company boardrooms. In 2016 and during the aftermath of the election, newspaper circulations and cable network ratings spiked. Donald Trump is good for the media’s bottom line. In addition, I’d hazard to guess that most of the media mandarins identify as or are white men. This, plus a natural tendency to understand what went wrong with its electoral predictions, has resulted in an obsession with what the Trump voter in western Pennsylvania thinks about Mexicans and welfare moochers. This in turn affects Democratic solons, themselves already mesmerized by the White Swing Voter whose rebarbative views they’ll overlook so long as they don’t overtly sully the party’s brand.