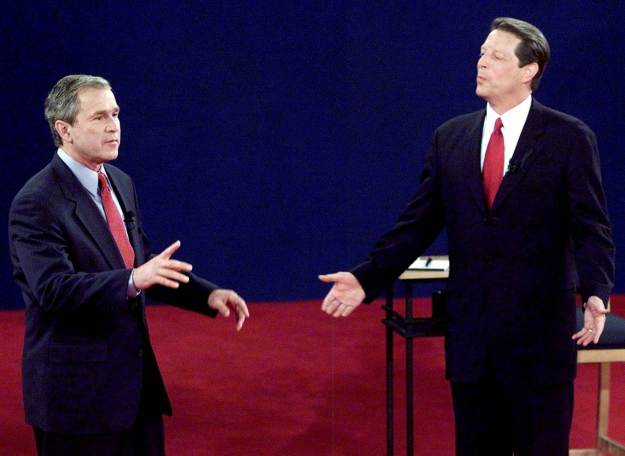 “It’s easy to overstate the magnitude of the GOP’s backslide in 1998,” Ron Brownstein writes in an article reflecting on the experience of impeaching Bill Clinton and the conundrum in which House Democrats find themselves — of their own making, Brownstein suggests. “In the Senate, Democrats gained no seats that year, leaving the Republican majority intact. Nor did the five-seat House loss cost the GOP its majority in that chamber. Republicans still won more of the total national popular vote in House races than Democrats. Swing voters didn’t stampede away from the GOP; in exit polls, Republicans still narrowly beat Democrats among independent voters.” The article includes Both Sides Do It twaddle, but Brownstein’s point remains: repeatedly citing a historical fissure as destiny will doom Democratic enthusiasm in 2020, especially if Joe Biden — whose has premised his campaign on returning to a status quo ante — becomes the nominee. With enthusiasm for impeachment approaching eighty percent, Dem solons would be foolish to ignore the call.

All of that suggests it’s not a guaranteed political winner for House Democrats to impeach Trump when there’s virtually no chance the Senate will vote to remove him. But the full ledger on Clinton’s impeachment invalidates the common assumption that impeachment without removal is a guaranteed political loser. Considering both the 1998 and 2000 elections, there’s considerable evidence that the struggle actually helped the GOP; at worst, its political impact was equivocal. Which means that, on impeachment, House Democrats may have more leeway than they believe to do what they think is legally and morally right.

Absent from Brownstein’s article is how national media treated Al Gore like a well-dressed corpse from the moment George W. Bush secured the nomination; he was a loser, he sighed during debates, and at any rate,, recall, there was no difference between Bush and Gore.

Anyway, I’m responding to Nancy Pelosi’s remark about wanting to put Trump in jail, the most asinine thing the Speaker has said since her dismissing any thought of impeachment hearings against Bush. To put him in jail, House Democrats need hearings in which subpoenaed witnesses testify, day after day. Should Hope Hicks or whoever refuse to comply, arrest the defiant bastard. “Fire Up his base?” Should the Dems nominate Herbert Hoover or Ronald Reagan, Trump will shout SOCIALISM! anyway. As for voters, they want differences between their political parties, not milquetoast appeals to a comity that never existed.

I’ve changed my mind, in other words.