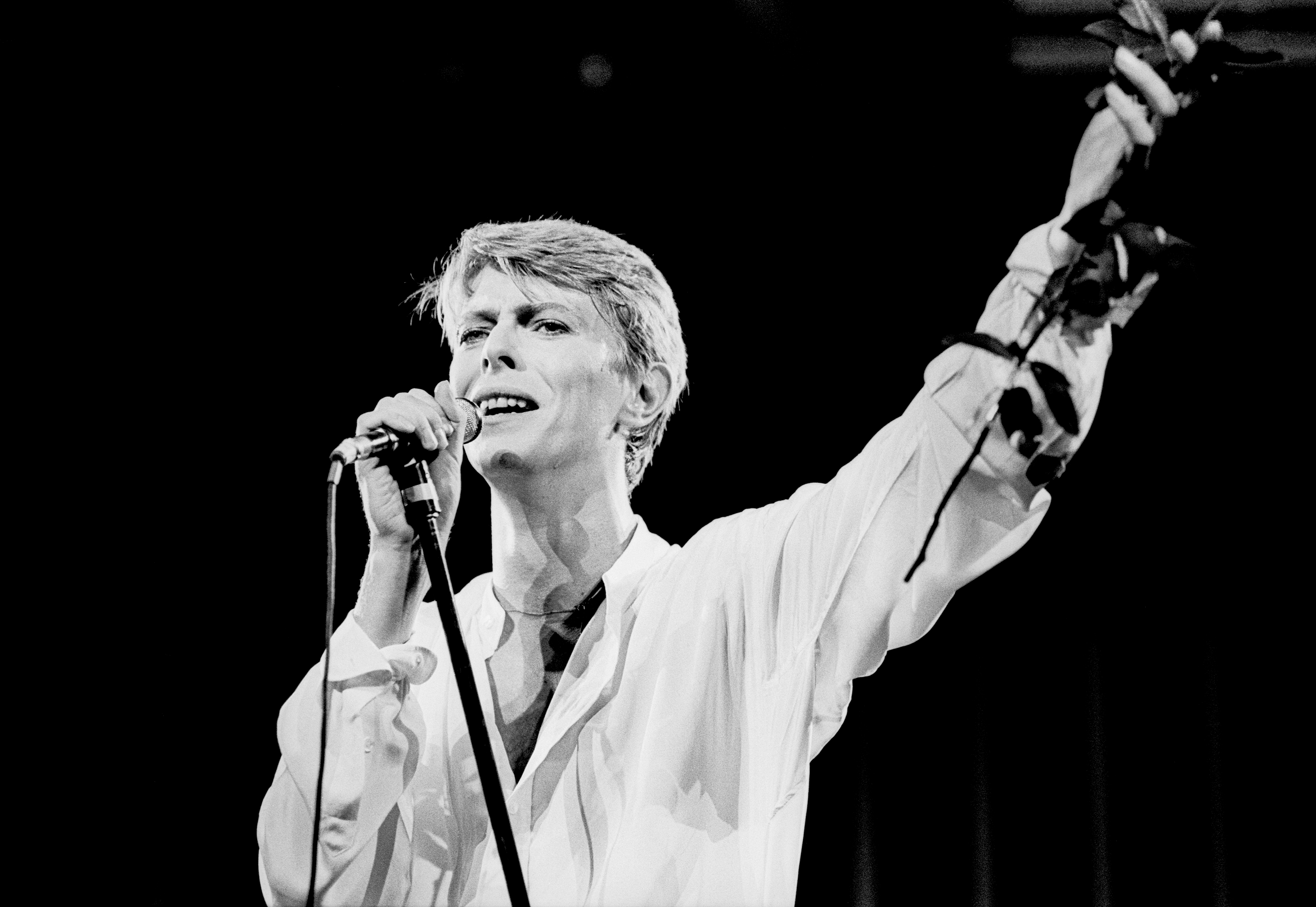 To think there was a time when David Bowie was considered a singles artist! I can only think this orthodoxy took hold in the grim eighties because his albums outside used record stores simply weren’t available; it took the early nineties Ryko editions to unleash the re-evaluations. This explains the predominance of The Rise and Fall of Ziggy Stardust and the Spiders from Mars in greatest-of-all-time lists, most famously Rolling Stone‘s in 1987. Even through the glitter-eyed moonage daydreams, Ziggy was an easier sell — he dies for rock ‘n’ roll! — than Station to Station, beloved by Robert Christgau, Lester Bangs, and other critics more sympathetic to its startling hybrid of Neu!, soul, Sinatra balladry, and grade-A coke.

I owe U2 for recording Zooropa, in whose reviews Eno’s Bowie albums formed a crucial part of the skein of allusions. That fall I bought the so-called Berlin Trilogy in a mall record store. It was 1993, the nadir of Bowie’s American reputation despite the late spring release of Black Tie White Noise, an expensive, glistening transitional album on which he vacillated between appealing to the yuppie and pre-yuppie Sinatra Duets crowd (check out the promotional art and the emphasis on his sax playing) and experimenting with what made his ears twitch in a house-dominated dance scene. Consensus judged 1. Outside an overwrought failure; to my ears it’s an overwrought near-triumph, a bouquet to new fans like me who wanted material that could sit beside his classic work. I write enough about 1. Outside here.

As gaunt, desiccated, and searching as its creator, Low tops this list because he hired a band capable of the most recombinant musical shapes and for whom he assembled — a key verb — the catchiest, zippiest music of his career. Even the instrumentals wear their ponderousness lightly; “Weeping Wall” and “Art Decade” are the equivalents of sitting in a steam room, sweating out the evening’s indulgences. Everywhere he turns in Low he sees himself reflected in mirrors whose glass he blew himself — and now wants breaking. When he sings about a little girl with grey eyes on “What in the World,” he’s the little girl. “Such a wonderful person, but you got problems”? Hi, David! In many ways Low is the most Christian of records: thirty-eight minutes of expiation, with the penitent humming Little Richard in the confessional. Low is a Robert Bresson script filmed by Samuel Fuller.

Other rankings shouldn’t surprise readers. After gingerly wading into ★ , I embraced it the weekend before his death, a period coinciding with a new school semester. At last he’d recorded His Best Album Since Scary Monsters, and, in Bowie style, he outsmarted us: in the density of its grooves, the singer’s enthusiastic delving into performance art, and the sense in which one’s impending demise inspires a motley and deliberately inscrutable range of responses, ★ is a better album than Scary Monsters; but like that great run of albums beginning with The Man Who Sold the World and ending with — it’s my list, not yours — Let’s Dance, ★ apotheosizes the career of an artist who never shirked from sharing songwriting credits, genuinely grateful for the inspiration of an Iggy Pop here, a Luther Vandross there.

I suspect I’m not done with David Bowie. Who would be? In a career whose ethos was turning and facing the strange, even leaden albums like Never Let Me Down emit a strange fascination: the queer sensibility attempting to straighten itself produces bizarre permutations. NLMD is like a flamboyantly gay man appearing at your wedding with a woman on his arm, unable to stop kissing her.

Don’t get me started on Tonight.