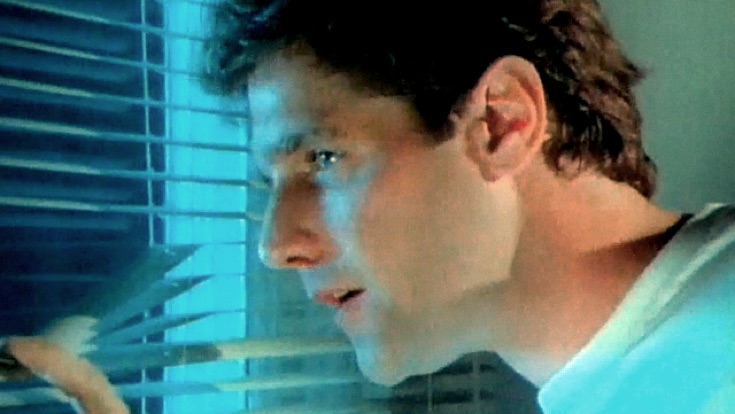 When Glenn Frey wants to get venereal, metaphor is a waste of time. Released as the first single from the subtly titled The Allnighter, “Sexy Girl” crawled into the top twenty on the grease of payola, for even in 1984 this piece of shit embarrassed everyone who heard it. Yet “Sexy Girl,” like the previous album’s “The One You Love,” has found a life on Sirius XM radio but without the adult contemporary cred. Few boomer singles embody their creators’ bankruptcy.

After an attractive opening that includes rhythm guitar, a basic lead line, and what is probably a drum machine, Frey starts his steez: “She moved in next door to me/And she showed me her world.” Two lines later he lapses into the adverb-leaning direction I advise my writing majors to avoid: “She’s a sexy girl, a sexy girl, a very sexy girl.” The rest of Frey’s ode gets increasingly desperate: he stops a man walking down the street and asks him what kind of girl he wants to meet. Why does he care? Why does this man stop to talk to this pudgy chain-smoking horror? Why doesn’t he call the cops? Burdened for years with a reputation for being libidinous, homosexuals can never get away with scenarios like this; only straight men are stupid enough to assume strangers share their stalker habits, let alone agree that “whole wide world” comports with basic English locution.

“Sexy Girl” is like a frat brother hoping the honesty of his intentions mitigates the fact that he wants to squeeze the girl’s breast: it’s Jessica Lange and Dustin Hoffman’s I-find-you-very-interesting-and-I’d-really-like-to-make-love-to-you scene in Tootsie. As a poster on ILM’s glorious solo Frey-Henley thread wrote, “Sexy Girl” is “the sound of a million failed mid-life crises.” You hear this on The Allnighter: a former tycoon catching up to an era when the blow got expensive and the synths tried to match the guitars of his salad years. On “Living in Darkness”, where it sounds like he programs every instrument, he wastes a falsetto decrying a soul death that is his own.

If Frey’s default mode was Sensitive Predator, then partner Don Henley’s was Scold With a Dictionary, but at least Henley had the acumen to work with Danny Kortchmar, Stan Lynch, Lindsey Buckingham, et. al. before settling for the dead leaves of “The End of the Innocence,” which newly elected George Herbert Walker Bush might’ve sung to Barbara when he learned Nixon was toast. But Henley had a listenable solo career; before the decent “You Belong to the City,” which M83 obviously studied with uncapped ballpoint pens over moleskin notebooks, Frey released “The Heat is On,” a song that might as well have detailed the inconvenience of living without central A/C yet became the Miami Heat’s theme for many years before settling comfortable as bumper music for every Fourth of July and Labor Day car sale in Florida. Makes sense — Frey came off as a Braman Honda salesman sucking in his gut while the pink tie suffered.