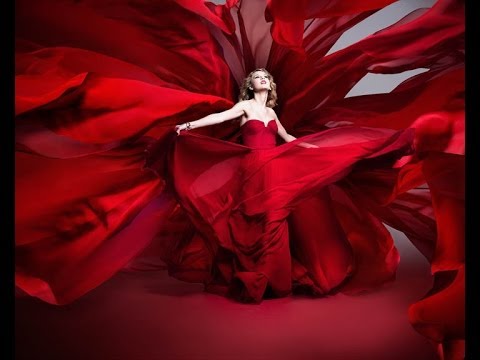 History is kind to men who produce masterpieces based on devotion — think Raphael and his Madonnas, Tennyson and “Mariana” — but when the censers are swinging I look for the exits. Lugubrious and lumpen, “The Lady in Red” bores the object of desire; it tries so hard to be a standard that it chokes on its concentration. Chris de Burgh scored a substantial global hit in 1986-1987 with the biggest single from Into the Light, whose title Gloria Estefan would steal five years later for an equally boring album stuffed with rich mommy self-involvement. “The Lady in Red” was reportedly a favorite of the late Princess Di, which makes sense: it’s a song Charles would love, Charles doing crown prince karaoke after a few sherries, perhaps deigning to fart too. Fortunately, Di also loved Duran Duran — maybe she mirror moved to “Last Chance on the Stairway”?

With its layers of synths, “The Lady in Red” adduced the depth of Bryan Ferry’s long shadow over UK pop. Of course these ballads existed before 1982. But without “Avalon,” de Burgh would have been another Al Stewart, in search of Guineveres to whom to pledge his troth. More than “Avalon,” though, “The Lady in Red” shares a kinship with another Avalon track, “To Turn You On,” first released as a B-side in 1981 and notable for being the first Roxy track in name only, as the expensive sessioneers whom Ferry would employ on future solo albums add a professionalism that makes no room for Manzanera, Mackay, et. al’s increasingly subtle discordances. With synths flickering like smoke from a fireplace, “To Turn You On” depicts an infatuated Ferry, lost on a rainy night on Fifth Avenue but he doesn’t mind much, for our Bryan is so lovebuzzed he admires the street lights. The third verse is his most yearning — his most naked — since 1972’s “If There is Something.” Masochistic and cool about it (“I would leave you as you were/If you wanted to”), he pulls a sudden emotional shift: as Andy Newmark’s drums fall away, Ferry cries, “God help me” before inserting yet another sudden emphasis (“You must phone me”). In one of the last times in his career, Bryan Ferry substituted anguish for courtesy; from 1985 on he let the music express the anguish while he directed the performances — or hid.

I spend so much space on “To Turn You On” because “The Lady in Red” omits the details of its ancestor, a lazy student assignment; it’s as if de Burgh loved Ferry and his beloved dancing cheek to cheek in the “Avalon” video and wrote a song about it. His imagination stretches to allow “feeling of complete and utter love” into a song without a teacher scratching out one of those modifiers. So goddamn literal. What the plodding drum machine, innocuous guitar strums, and de Burgh’s narcotized singing convey is gratitude: this completely and utterly beautiful lady chose him as a dance partner. It’s touching in a way! Remember the cheerleader choosing Lewis in Revenge of the Nerds? The blissed-out lethargy of “The Lady in Red” is the kind of platonic, generalized ballad that teens and pensioners can love (I heard it at my eighth grade prom).

“The Lady in Red” made de Burgh a mint, and he could coast for years and no doubt still was. “Missing You” hit the UK top three in 1988 and its parent album Flying Colours actually went in at #1. He did not trouble the American charts again. But I like to think de Burgh still nurses his visions of an elegant dame sans merci. Apparently de Burgh, anticipating Jude Law and Newt Gingrich, was cheating on his wife, for whom he’d written “Lady,” with the nanny as the wife recovered from a broken neck. Like Bryan Ferry, he’ll take the ritual over the romance every goddamn time.

3 thoughts on “Worst Songs Ever: Chris de Burgh’s “The Lady in Red””