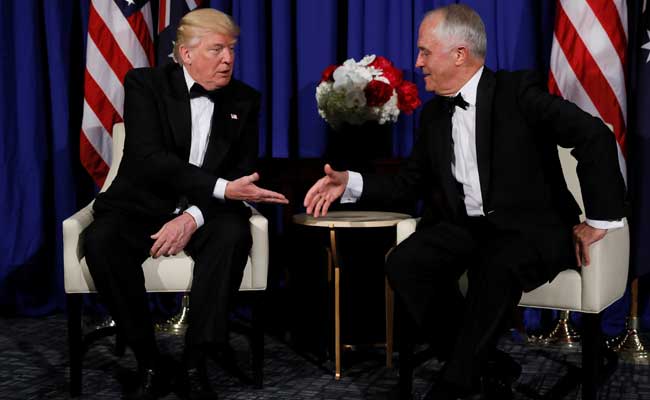 I heard our president’s comments as they were reported on Chris Hayes’ show last night, aghast:

“We have a failing health care — I shouldn’t say this to our great gentleman and my friend from Australia, because you have better health care than we do,” a tuxedo-clad Trump said at a meeting with Australian Prime Minister Malcolm Turnbull in Manhattan on Thursday.

Australia has a government-funded health-care system, called Medicare, that exists alongside private insurance. The system is funded in part by taxes, including on the wealthy.

Bernie Sanders, Hayes’ guest, burst into delighted laughter, which left me as aghast. The Vermont senator doesn’t often allow himself such paroxysms of mirth; also, he’s not often caught on camera sullying his values speculating on nakedly political outcomes. But he’s right: the ads write themselves. These ads might suggest the president is such a cretin that he doesn’t even know what is in the bill he endorsed.

Meanwhile, surveying the Florida scene: seeing Carlos Corbuelo’s name atop the NYT’s list of vulnerable congressman delighted me. Ileana Ros-Lehtinen bought herself time; besides, she’s retiring. As for the third member of the Miami Cuban axis, he was already caught, as the Miami New Times reminded me, “”all but openly shopping” his March repeal-and-replace vote “in exchange for assurances from the Trump administration that the president would crack down on the Castro regime in Cuba and reverse President Obama’s diplomatic concessions to the Caribbean country.” At least in Robert Byrd’s time his constituents got bridges and coal subsidies.