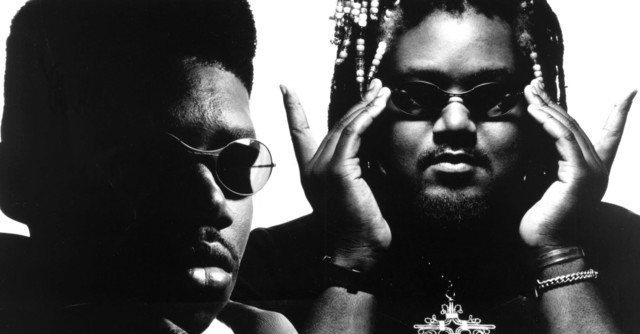 A path untraveled for nineties R&B. Plush. Acoustic guitars and pianos on percussive beds as soft as layered cotton. Boy George as a duet partner. Sampling “Father Figure” four years before LL Cool J did. A “Norwegian Wood” cover. A riposte to Tribe Called Quest’s “Butter” called “About Nothing (For the Love of Destiny)” that endorses a woman’s right to change anything she damn pleases about her looks and style. Dangerous health problems have kept Prince Be from continuing the career he deserved.

At the time Terius Youngdell Nash looked like he’d recorded a Welcome to Our World or Armchair Theater: no more than a producer’s demonstration of prowess. Although the public preferred to think “Umbrella” wrote itself, I’m still infatuated with his first album’s dinky songs about fast cars and purple kisses, closer to secondhand Prince like Ready For the World than to Prince himself. He loves the whoops and ehhs he lavished on his clients so much that he reprises them himself (Best hook: Nash using falsetto to imitate the girl saying, “Fuuuckk that niggaaaaaa…”). But Love/Hate isn’t merely a formal triumph: “Livin’ a Lie” remains one of Rihanna’s most committed performances.

Consensus has chosen Silk Degrees as the keeper, but I give this album the edge because the band has an edge. Not since his Duane Allman days has Boz rocked this hard (“You’ve Got Some Imagination,” where he’s barking the lyrics). A hit when released in 1980, Middle Man is best known for “Jojo,” a gorgeous ode to a swinger out for kicks in Manhattan. From its cover to the Continenal touches in the arrangements like accordion, there’s a sense in which the album captures the exhilaration of a newly divorced man. Take “Simone,” an even better accordion-drenched valentine to a tough-hearted flirt that stops for a string and synth interlude co-orchestrated by David Foster; it evokes a similar interlude in Joni Mitchell’s “Down to You.”