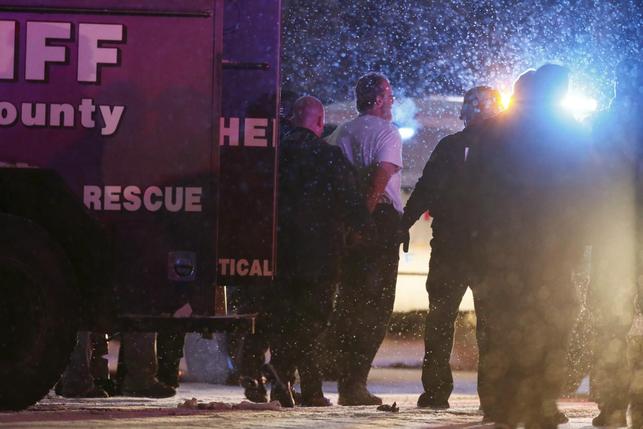 Bill Clinton’s signing of the Freedom of Access to Clinic Entrances Act was one of the crumbs thrown at liberal supporters in 1994. Written to combat a wave of violence against abortion clinics, doctors, and women who use the clinics, it made it a federal crime to injure or scare those seeking care. But after a tense years-long truce that ended a few months ago and culminating in yesterday’s shootings in Colorado Springs, the intimidation returns. Nina Liss-Schultz reports:

But harassment, threats of violence, and attacks against clinics have gone up again following the release of the Center for Medical Progress videos in July, according to recent National Abortion Federation court filings. That month, incidents of harassment against Planned Parenthood facilities increased ninefold compared with June, and those numbers continued to rise through August.

In the four months following the release of the videos, there have been at least four suspected arsons that targeted abortion clinics, compared with just one in all of 2014 and none in 2013. There have been at least five cases of vandalism since August. In comparison, there were 12 total cases of clinic vandalism in all of 2014 and just five cases in 2013, according to federation figures.

In one of the recent vandalism cases, a young man entered a Planned Parenthood in New Hampshire and destroyed medical equipment, phones, and computers. This month, an unidentified person smashed the windows of Kentucky’s only full-time abortion provider, twice in three weeks.

Anne, the executive director of the clinic, who declined to give her last name for security reasons, told Insider Louisville that in its 20 years of operation, the clinic had never before been vandalized.

Next year the Supreme Court will hear Whole Women’s Health v Cole, the challenge to a Texas anti-abortion statute that has wiped out the number of clinics in a state as large as my bald spot. Consider: in 2011, 93 percent of Texas counties had no abortion clinic at all, three years before HB2.