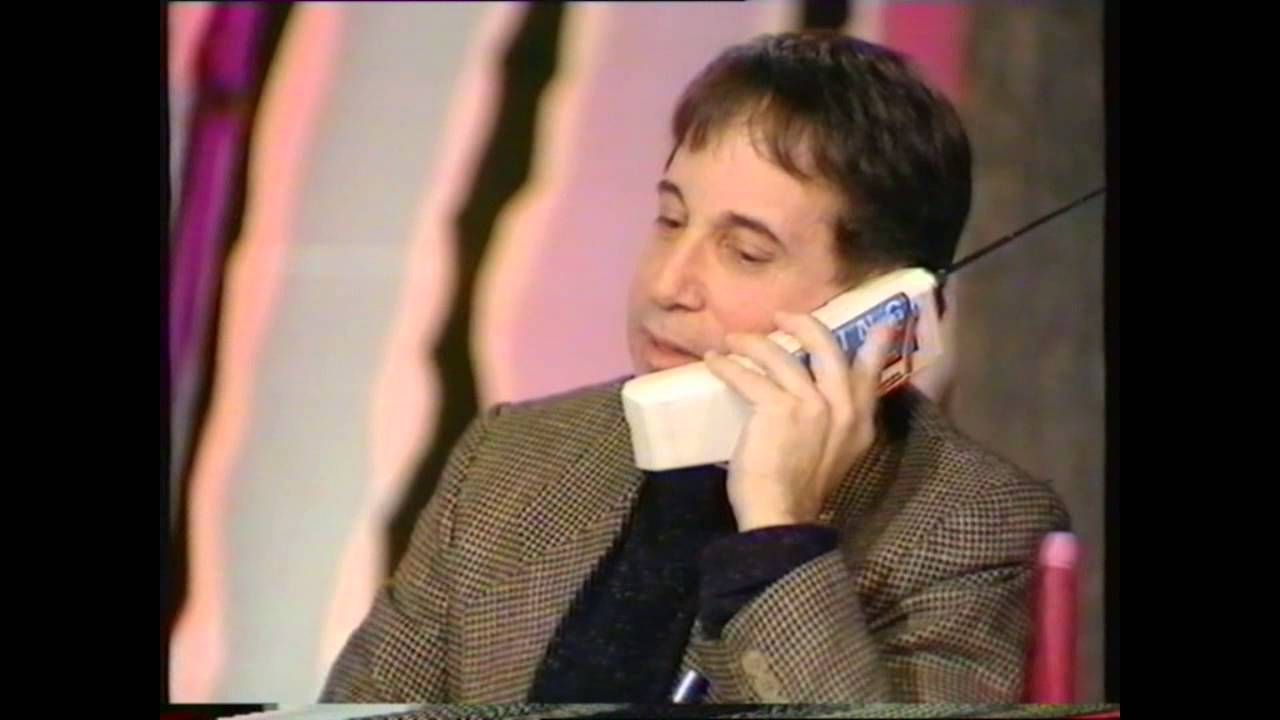 In a career of quiet, behaved albums, The Rhythm of the Saints was the quietest, best behaved album of Paul Simon’s career to date. Three years after the popular and critical success of Graceland, Simon actually did the expected thing after a career spent confounding fans: he traveled to another Third World country and recorded some of its musicians live. The difference, though, is that Saints is as programmatic as that sentence. I won’t get into the Graceland argument again; suffice it to say that Simon played with musical tropes with which he’d shown some fluency as far back as “Mother and Child Reunion.”

By contrast Saints sounds transcribed rather than experienced. Saints — even plaster ones — surely have more varied rhythms than the unrelenting one Simon appropriates for this record. Despite the delicate skeins of guitar spun by  Simon and Vincent Nguini “Spirit Voices” and “The Coast,” the bongos, gourds, and catas rumble as unobtrusively beneath them as coffee percolating in a pot. Graceland is not singer-songwriter-static in the traditional sense; for all its “exotic” carapace The Rhythm of the Saints IS. Simon and engineer Roy Halee treat the percussion tracks as touches of musique concrete, much like Joni Mitchell used Burundi warrior drums on 1975’s “The Jungle Line” or manipulated string sections on 1973’s “Barangrill. In other words, the cranks who scolded Simon for exploitation in 1986 had better cause in 1990.  Singer-songwriters don’t worry about inertia, airlessness.

Luckily, the songwriting remains superb — what he lost in momentum he gained in detail, compassion, scope. Simon is one of the few singers who can find a musical correlative for a dubious bit of poetry, as he does, for example, in the low-key “Can’t Run But,” on which his frosty pronunciation of “the cooling system” matches a euphonium hook as cool as a wall unit A/C blasting a foreead. It would have found a happy home on the infamously dark second half of Talking Heads’ Remain in Light. So too “The Cool Cool River,” a tentative sequel to Graceland‘s “The Boy in the Bubble,” but whose electric guitar hook crackles with a tension unresolved by neither the balm of Simon’s voice nor the attempt at optimism of the “I believe in the future” section (nice chord change and horn section on this one). “The Obvious Child” is a terrific first single – drums bursting out of the gate, Simon’s hard acoustic strumming, cryptic lyrics about crosses in the ballpark limning the midlife crisis of a dog who’s lost his bark after all those years of smooth rides.

As I’ve written elsewhere,  the myth of adulthood shaped much of my adolescent listening. Despite my love of pop and a certain kind of rococo miserabilism, I was a sucker for what we’d now call NPR rock (god knows what might have happened had Wilco and Neko Case released records then). My folks sure weren’t Simon fans, or even Simon & Garfunkel fans, but I could listen to my Rhythm of the Saints cassette and pore over its densely packaged lyric sheet and liner notes without welcoming them to the nightmare of Meat Beat Manifesto. The Born in the Right Time tour was one of my first shows. I’ve told the story before: the first and only time an artist has played a popular hit (“You Can Call Me Al”), said “Woo! Alright! Let’s try that again!” and played it again. On the other hand, I smugly renounced my membership in the cult of boomer-yuppie nostalgia when I sat unmoved by the lighters waving through “America” — the incredulous dad type beside me almost threw his beer in my face when I asked him the name of a song I didn’t recognize (it was “The Boxer”).

It took The Rhythm of the Saints a few years to recover from the euphoria with which it was greeted, and 1990 itself makes for such a puzzling year to assess anyway: a crossroad in which the revolutions in hip-hop and college guitar-rock intersected with house, cool boomers like Neil Young and Lou Reed, and the first stirrings of grunge Bristol trip-hop. Hell, “The Obvious Child” made Billboard‘s Modern Rock chart for a few weeks, which should you tell something about demographic confusion. Of course a Paul Simon album marketed as Graceland II: Brazil would please Los Lobos fans. It remains a fan’s record, stalwartly defended (my mate and former Stylus colleague Ian Mathers wrote a terrific reappraisal a few years ago) but whose subtle songwriterly involutions demand the concentration of listeners warmed to the task, i.e. Paul Simon fans.